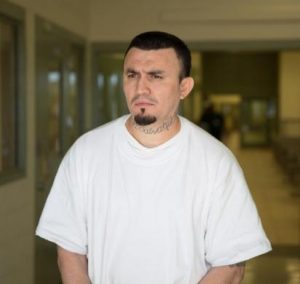 An illegal alien from El Salvador and an MS 13 member, who twice pulled a knife on female joggers before attacking Chandra Levy and stabbed her to death is now a free man.

The defendant pleaded guilty to attacking two women at knifepoint in the same park where Levy’s body was found and was sentenced to 10 years in prison for each count.  Then he was convicted of murdering Levy.

Prosecutors also said the scratches that Guandique had on his face at the time of Levy’s murder was also evidence that he was guilty of the crime and that his cell mate said he admitted to the murder.  The defense based their motion on a new trial on a witness they claimed was not credible, Guandique’s one-time cellmate Armando Morales.  Morales testified that Guandique said he was responsible for Levy’s death.  Because there was no physical evidence linking Guandique to the murder, his testimony was crucial, but the court discounted it and released the killer who then deported back to his homeland.

Ingmar Guandique-Blanco, a documented MS-13 gang member, was transferred to the proper law enforcement authorities upon his arrival in El Salvador.  This illegal alien effectively got away with murder.

This entry was posted in Uncategorized and tagged illegal alien, Ingmar Guandique. Bookmark the permalink.