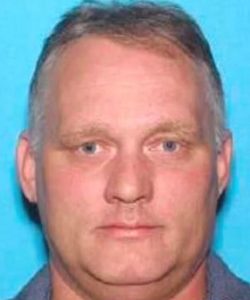 This morning a man described as a “a Trump-hating antisemite who regularly complained on social media about the president and ‘the infestation’ of Jews” was arrested after killing six people (eleven according to the headline?) and injuring four cops in an attack targeting the Tree of Life Congregation Synagogue in Pittsburgh. Robert Bowers, 46, yelled: ‘All Jews must die!’ as he opened fire during a Sabbath service that included a bris ceremony that had attracted additional worshipers.

He was enraged by HIAS, the Hebrew Immigration Aid Society which helps Jewish migrants settle in the US, which he accused of bringing ‘invaders in that kill our people’.

‘I can’t sit by and watch my people get slaughtered. Screw your optics, I’m going in,’ he wrote.

President Trump called the shooting, “devastating,” and “a shame,” as he indicated it might not have happened had the synagogue had it’s own security. Both he and VP Pence called for the shooter to be given the death penalty. Trump later said this was a, “‘twisted act of malice’ that would not be tolerated.”

24 Responses to Synagogue Shooter Kills Eight Injures Others, Including Cops