Why Paradise was Doomed 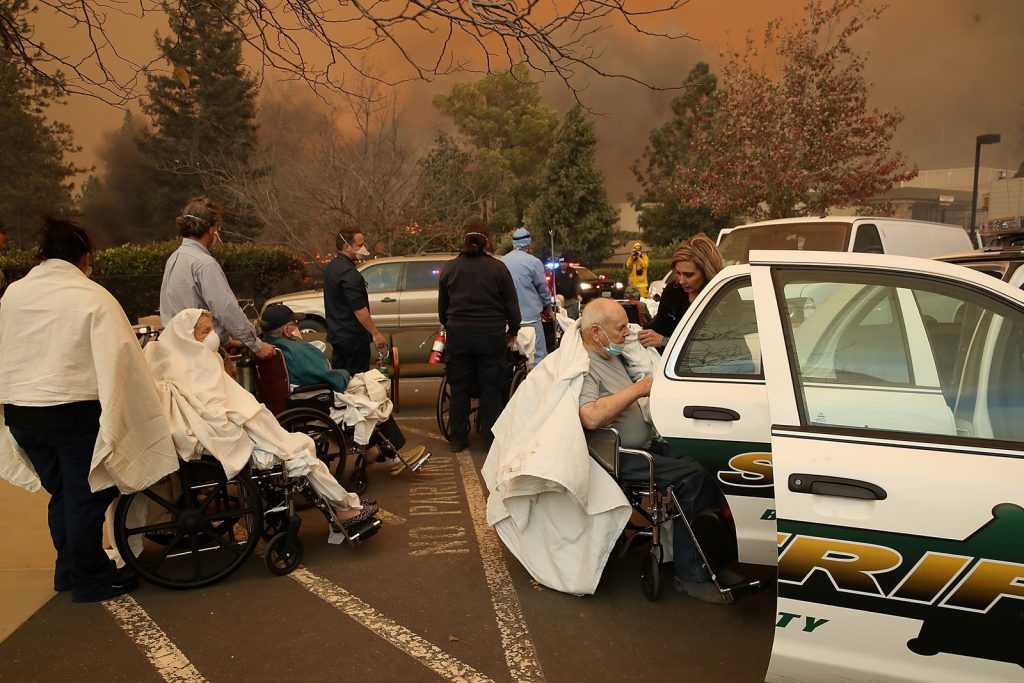 The following is an excerpt from an investigative report on the Paradise Camp fire, done by the LA Times. It is a far more sober report than any of the previous news reports. Those stories were basically puff pieces,  extolling the acts of individual heroics and congratulating local officials for their “swift actions” and “decisive leadership” that prevented this fire from becoming a far worse disaster.

The story that is starting to emerge now, the real story, is not as pretty as the earlier versions.   In time, more disturbing facts will come out and they should, if we hope to learn from our mistakes in order to save lives and property in the future.   Now the Times report:

PARADISE, Calif. — The fate of Paradise was cast long before a windstorm last month fueled the deadliest fire in California history.

The ridge settlement was doomed by its proximity to a crack in the mighty wall of the Sierra Nevada, a deep canyon that bellowed gale-force winds.

It was doomed by its maze of haphazard lanes and dead-end roads that paid no heed to escape.

It remained doomed because for all the preparations community leaders made, they practiced for tamer wildfires that frequently burned to the edge of town and stopped — not a wind-driven ember storm.

In the aftermath of the Camp fire — 86 dead, more than 13,900 homes destroyed and Paradise decimated — local and state officials said the tragedy was unforeseen and unavoidable, an “unprecedented” monster of fire.

In truth, the destruction was utterly predictable, and the community’s struggles to deal with the fire were the result of lessons forgotten and warnings ignored. The miracle of the tragedy, local officials now concede, is how many people escaped.

A Los Angeles Times investigation found that Paradise ignored repeated warnings of the risk its residents faced, crafted no plan to evacuate the area all at once, entrusted public alerts to a system prone to fire, and did not sound citywide orders to flee even as a hail of fire rained down.

A state fire planning document warned in 2005 that Paradise risked an ember firestorm akin to the one that ripped through Berkeley and Oakland 14 years earlier, killing more than two dozen people and destroying more than 2,000 homes. But Paradise officials framed risk in historical terms: In 50 years, no wildfire had crossed the Feather River.

The roads out of Paradise gridlocked within an hour of the first evacuation order, and began moving again only by a herculean effort of firefighters, police, bureaucrats and politicians who rushed to jammed intersections to try to unsnarl the knot, the benefit of having practiced for small fires.

In another three hours, hundreds of residents were trapped deep within town, cut off by flames. The town communications system was dead, as were cell towers. Police radios were crippled.

People jumped from cars and fled on foot. Hundreds sought refuge in parking lots and commercial buildings never intended to be temporary shelters in a firestorm. The remains of scores of residents were found inside the homes they never left.

The disaster occurred despite the fact that Paradise was proactive about preparing for fire, not just with drills and plans, but advertising its warning system, promoting “pack and go” preparations by residents, and even writing fire precautions into public construction projects. City leaders believed no other California community, except perhaps fire-dogged San Diego, was better prepared.

National transportation planners say the town’s destruction should set a new bar for emergency planners in wildfire areas, the way Hurricane Katrina reshaped evacuation planning on the Gulf Coast. But despite vows to create statewide evacuation standards after previous deadly wildfires, California has yet to take action and evacuation planning remains a local responsibility.

The question is more urgent than ever after two wildfire seasons with a staggering death toll: More than 40 killed by fires in wine country, more than 20 dead from the Montecito mudslides.

But experts fear the lessons will go unheeded.

6 Responses to Why Paradise was Doomed