Before you start reading below, can you recall anything in the last 2 years that the GOP did to protect the 2nd amendment?   No? Neither can I.  But, on the other side of the isle the dems have been in power in the House for about 10 minutes and already they are working on several things that could limit or repeal the 2nd amendment.  Once again, at issue is the definition of individual rights v collective rights.   If it’s determined that only a “well regulated militia” has a collective right to bear arms, then an individual may not have the same right. 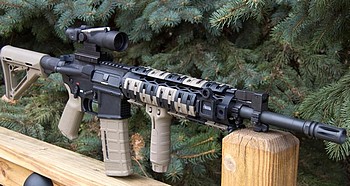 The Senate of the State of Hawaii just passed a resolution asking the United States Congress to repeal the Second Amendment or to amend it by clarifying that the right to bear arms is a “collective” right instead of an “individual” constitutional right, as the Supreme Court decided in Heller.

Prior to the Heller decision, some Courts of Appeal upheld state and local gun control laws that created a total ban on the mere possession of firearms on the premise that the Second Amendment did not protect an individual right to keep and bear arms, that it instead protected a state’s right.

At least they’re attempting to do this the constitutional way, and they likely will not be successful, but they’re no longer attempting to hide their intentions anymore.

Below are the Hawaii State Senators who want to nullify the Second Amendment (h/t Hawaii Firearms Coalition):