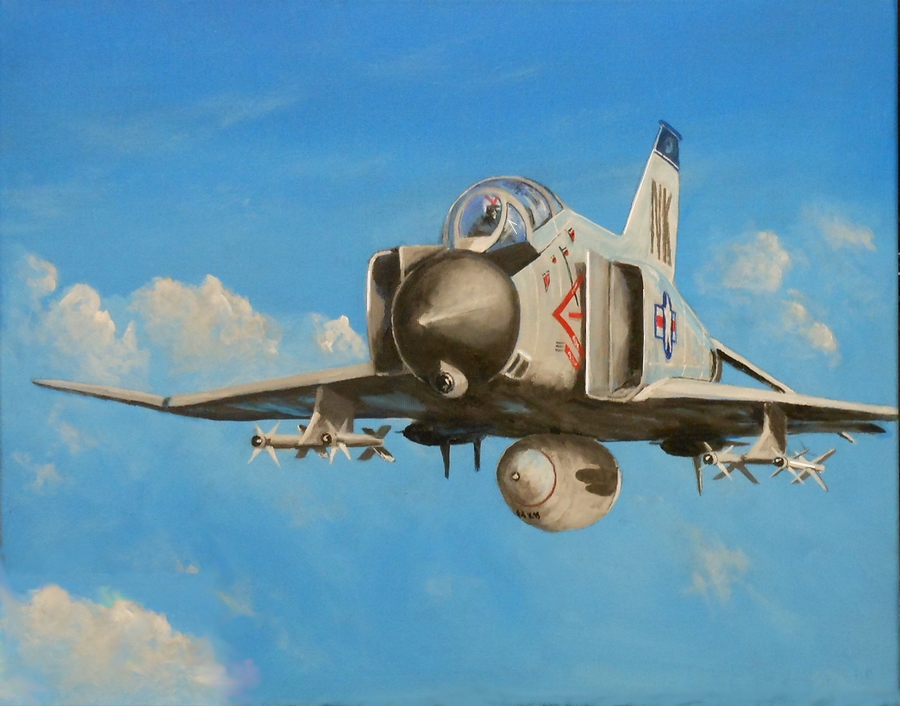 Painting by Jack Lee.  Acrylic on canvas.  “Loaded for Bear”.  All comments welcome.

This was a difficult plane to work on and no joy to fly either.  It had a real bad stall spin and its twin engines left a black smoke trail.  But, until the F15 came along it was the best we had during Vietnam war.   Missiles didn’t work well during a dog fight, but later versions came equipped with a 20 mm cannon – that helped. The cockpit is not well designed either (see below). Not user friendly.

Update:  Every painting I entered at the Silver Dollar Fair won. (Yea)  I was told that I almost took best of show, but first in class is great.

Ordnance: Up to 12,980 lbs of ordnance on four wing pylons