A Good Story of Life

For the last week the Chico Air Museum, a completely self-funded endeavor, has been host to another self-funded organization, the Commemorative Air Force.   These dedicated professionals give freely of their time, talent and money to bring to the public extremely rare and historically important aircraft.

For about three thousand visitors this week it was the chance of a lifetime to see a real B25 Mitchell bomber and a B17 Flying Fortress, both of course from World War II.   The bombers were parked just outside our hanger and this allowed people to observe them from the museum’s viewing area.  Others took a tour and a few lucky folks signed up for a flight on their favorite plane.

The flights began Friday and ran through Sunday, with the bombers ending air operations around 2 pm, then they were opened up for more ground tours.

Let me tell you, this was a very big deal for the people of Chico, the air museum and for the Commemorative Air Force.  Everybody had a great time. 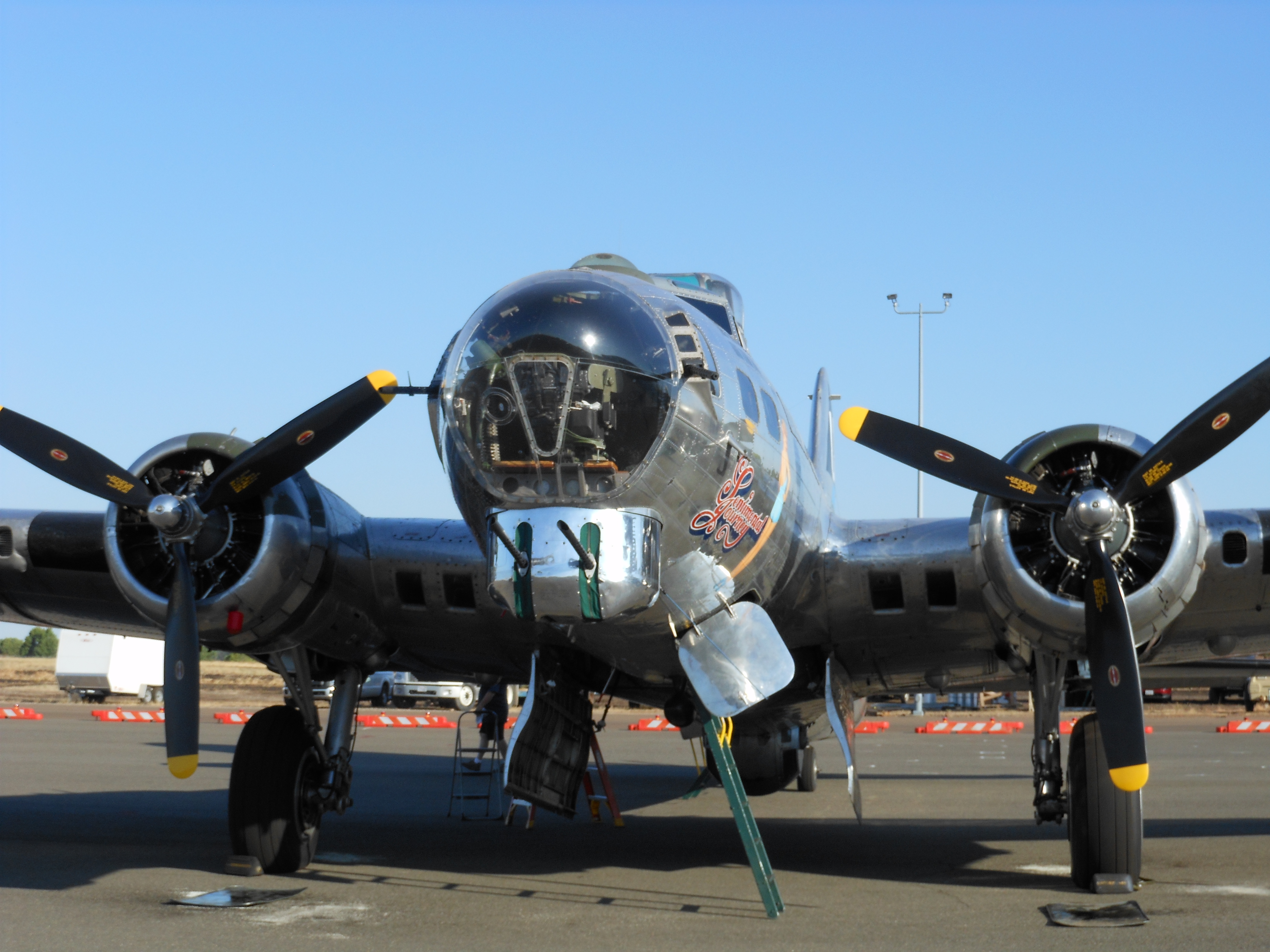 I flew in the B17 today from Chico to Lake Oroville.  This was not like any commercial flight or civilian aircraft I’ve ever been on.   I was seated in the radio operator’s area close to the pilots flight deck.  Others in my group took up various positions from front to back in such places as, right and left waist gunner area,  navigator’s seat and in the nose section.  I was about 10 feet behind the starboard engine and it was pretty darn loud there.  Of course I had ear plugs and that helped, but this made conversation near impossible with other crew members.

During the taxi I surveyed the inside of the 75 year old B17 and noted it carried 10 .50 cal. machine guns that pointed in every conceivable direction, thus the name Flying Fortress.  This plane was a beast.

During our pre-flight safety  briefing we were warned not to stand on the bomb-bay doors, it only took 100 lbs. of pressure to make them open.   Also overhead and right above my station were the control lines for the tail section, they were only about 1/8 inch thick of stainless steel wire and if they failed… well, lets just say life would get real interesting in a matter of seconds. 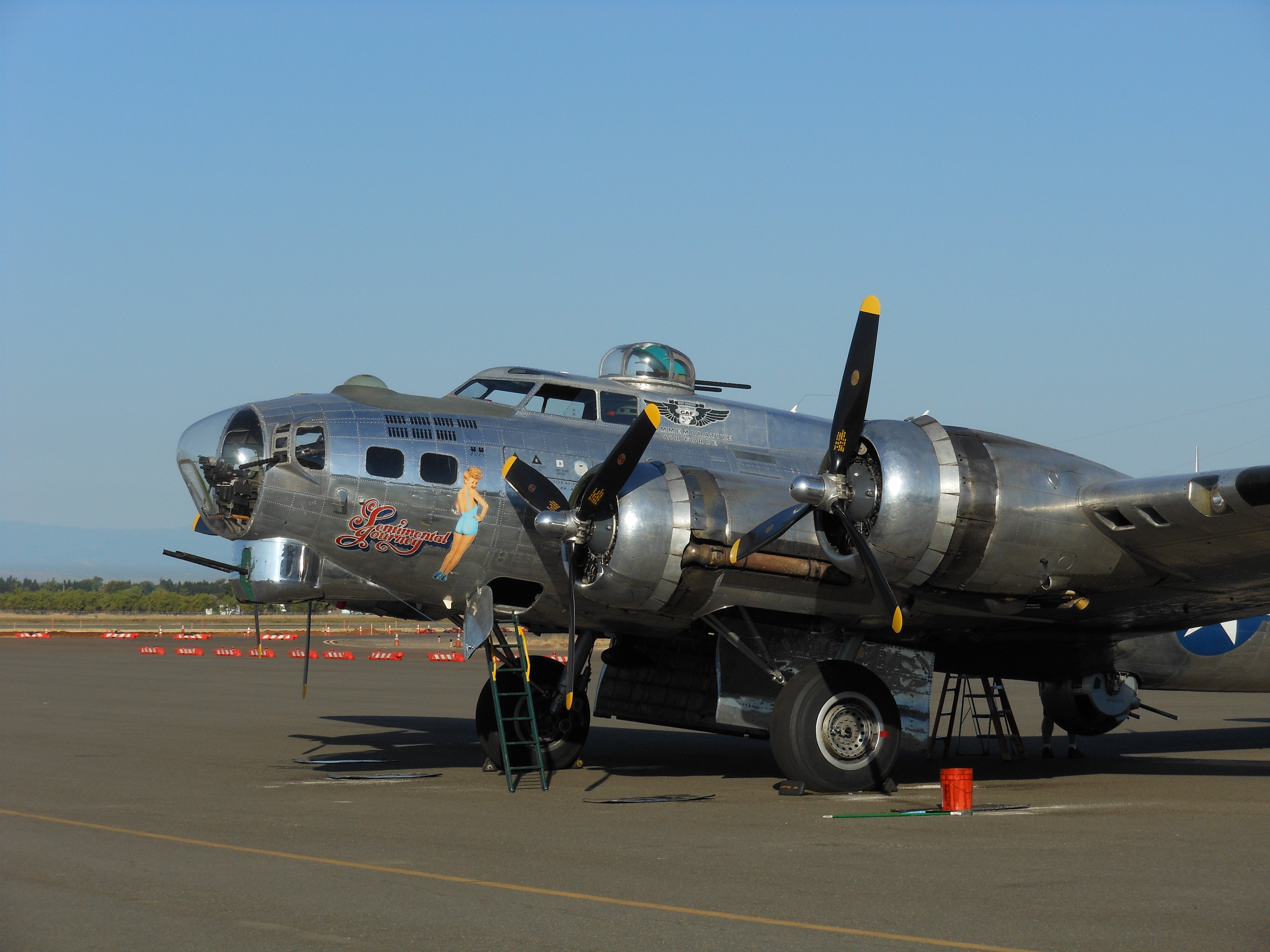 On take-off I was surprised to feel the sudden acceleration as this big bomber’s 4 radial engines roared to life.  We were pushed into our seats and we stayed there until we were well above 80 mph.   A few seconds later we were lifting off into the blue skies just like B17 crews had done so many times in WWII.   What a rush.

Amid the noise, vibrations, drafts and smell of engine oil, I suddenly gained a new  appreciation for what the real bomber crews must have gone through back in the day.  The inside was not pressurized and like I said, it was drafty.  This was not a problem because it was 95 degrees outside, but I thought what if wasn’t?  What if it was in the freezing cold of January flying over France and Germany?   There would be wing icing, it would be well below freezing inside the bomber, windows would be icing over and the crew would be in electrically warmed flight suits.  We would also be on oxygen above 12,000 feet.

Weather conditions were one thing, but what about being jumped by a bunch of German ME109’s fighters determined to blast us out of the sky?  Or how about the sheer terror of encountering incredibly accurate German 88 mm flack guns that would fill the skies with puffs of deadly black smoke?    There was not one safe place to be on this ship during combat, the aircraft skin was just thin aluminum that you could punch holes in with a screw driver.  Your only defense was manning a .50 cal machinegun and fight for your life. 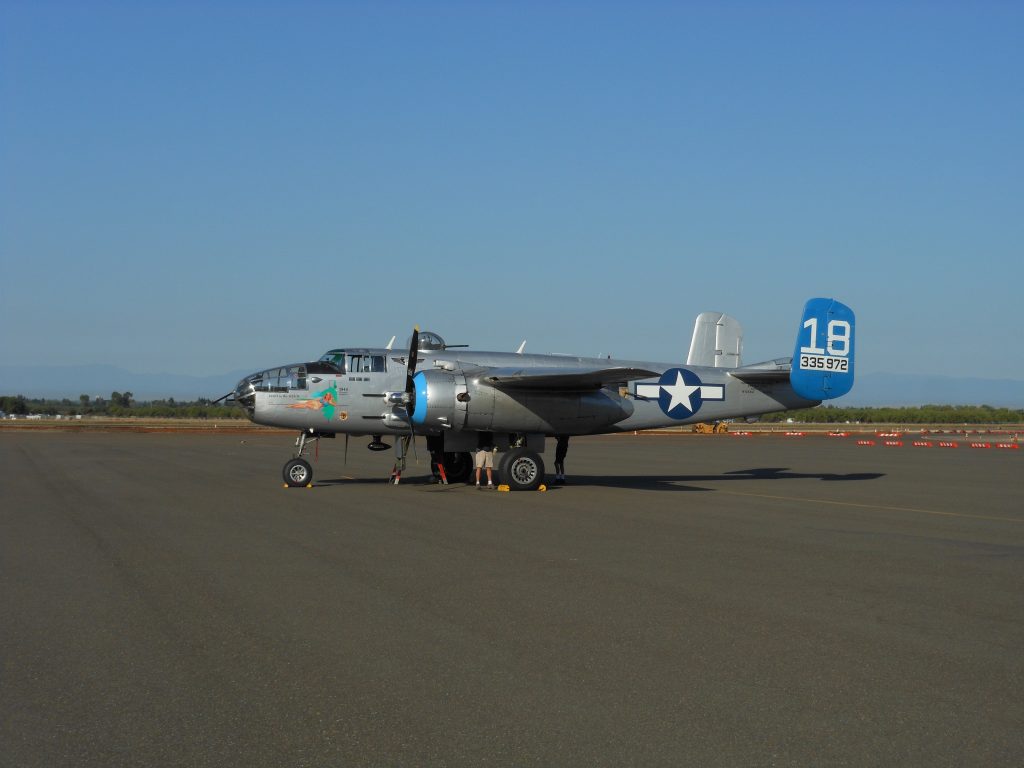 It’s obvious to me that the crews of B17’s and other allied bombers during the war were all heroes.  They knew the odds of survival were slim, yet they kept taking to the air, mission after mission.  For example, the 8th AF ran a casualty rate in excess of 50 percent of crew force. In the 8th AF, the pioneers of 1942-43 paid the heaviest cost. Only one in five of these fliers completed their tour of duty. Of the 110,000 aircrew in Bomber Command, 56,000 were killed, a loss rate of 51 percent!   Not good odds was it?  Think we could tolerate those losses today?  We asked an awful lot of the young men back in WW2, but they delivered.

As a side note, among our dignitary visitors today was a former USAAF, P-51 pilot, Clarence “Bud” Anderson, the last living triple ace of WWII.  Bud is an author and a decorated pilot who has been a featured guest speaker on the History Channel and the Smithsonian channel.   It was an incredible honor to meet this man.  If you don’t know anything about him you should, click this link.

This entry was posted in Uncategorized and tagged airplanes, B17, B25, Chico air museum. Bookmark the permalink.

11 Responses to A Good Story of Life