Did you know that liberals in Sacramento passed a law to black list certain states for travel and trade?  Yep, it’s true and today they just added another state to that list….Iowa!  What did Iowa do, you may wonder?  Well read on… 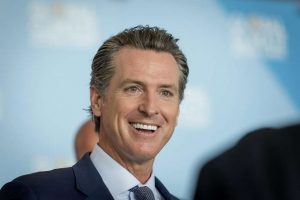 “California Attorney General Xavier Becerra (D) announced a ban on state-funded travel to Iowa on Friday in response to an Iowa law that prohibits Medicaid from covering gender transition surgeries, according to The Sacramento Bee.  Gov. Newsom (left) likes this law and can’t wait to use it.

Iowa becomes the latest addition to a list that also includes Alabama, Kansas, Kentucky, Mississippi, North Carolina, Oklahoma, South Carolina, South Dakota, Tennessee, and Texas under a 2016 law, Assembly Bill 1887, which bans state-sponsored travel to states that enact laws perceived as discriminatory on the basis of sexual orientation or gender identity or expression.

From the website of the California Office of the Attorney General:

Watch out Texas, they’re coming after you next.

10 Responses to CA Black Listed Iowa and 10 Other States