Thanks go to RHT for this find 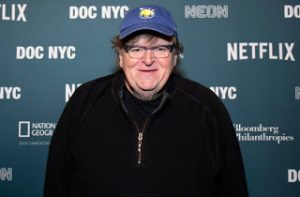 The Hollywood scion, Michael Moore, who lives primarily on his trust fund has declared publicly that firearms owners pose a real threat. If that was true, Fat Mike would have been planted six feet down with a mouth full of dirt.

But he’s alive and he never left the US as he promised to do when President Trump took office. So he’s not only foolish, he’s a liar.

This entry was posted in Constitution and Law, Politics and Government. Bookmark the permalink.

3 Responses to Michael Moore – Gun Owners are the Problem