Wire story – “A gunman who was fatally shot by parishioners after opening fire at a Texas church service had been given food by the church many times and was being closely watched before his rampage began, church leaders said. 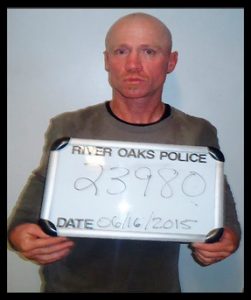 Keith Thomas Kinnunen, 43, shown at left, slipped into the Sunday service at the West Freeway Church of Christ in White Settlement wearing a long black wig, a fake beard and a bulky jacket.”We’ve helped him on several occasions with food,” minister Britt Farmer told The Christian Chronicle. ”He gets mad when we won’t give him cash. He’s been here on multiple occasions.”

During Communion, Kinnunen pulled out a sawed off, 12-gauge shotgun with a pistol grip and started shooting. Killed were Deacon Anton “Tony” Wallace, 64, who was holding a silver Communion tray, and Richard White, 67, who yelled, “Drop it!” as he stood up and reached for his pistol.

The Church of Christ was live-streaming their Sunday services on their YouTube channel, and while the motive remains unclear, a man is firing off two shots while church-goers ducked under their seats in fear. The video, which has since been removed from the church’s YouTube channel, also showed an armed security guard, identified as Jack Wilson, taking down the gunman with a single shot.

TEXAS LAW and TEXANS:   The church deserves no end of praise . . . for having some of their members take part in an armed security force.  That was smart thinking!  It was also something encouraged by the Texas legislation in the wake of several church shootings.  They passed a law in Sep. of 2017 that  made it legal for churches to have armed volunteer guards — but the law’s author says many churches in Texas don’t know it’s an option.  Well, how about that?  The Texas legislature acted prudently and encouraged armed intervention to protect their people.

CA LAW:  If you live in CA, don’t expect any help to come from our liberal legislature.  I can assure you they will learn nothing from this incident.

Our democrat idiots are too busy looking for creative ways to disarm law abiding citizens or create gun free zones.  They are and shall remain, oblivious to the reality that Texans consider common sense.  In CA they only know one thing…ban it or tax it.  All their repressive, anti-second amendment laws and all their moronic gun free zones would not have prevented this shooter from killing, only an armed citizen could do that!

CA’s goes in the wrong direction again, it’s become a habit with democrats.  Current and proposed gun laws in CA only make it easier for a killer to do his worst.  They offer nothing for the protection of the law abiding citizen.   Until these far left democrats are kicked out of office, this situation will not improve and CA citizens will be at greater risk than they should, thanks to these jackasses in Sacramento.

Here’s a few takeaways for your consideration….

NEED FOR GOOD TRAINING:  When people come face to face with an armed killer it’s hard to predict what they might do.  However, if a person is well trained for such an event chances are in that split second moment of crisis he or she will fall back on that training.  There’s no time to think about it – you just automatically react, hopefully that means as you were trained.

LEARNING LESSONS FROM HISTORY:  In the picture below you will see the gunman #1, then #2 the Deacon, then #3 the security.  The security (Richard White) realizing the danger stood up as he yelled drop it and then he reached for his handgun under his coat.  He took less 1/2 second to get his coat tail out of the way and draw his weapon.  Unfortunately, in that time the gunman fired two fatal shots, taking out both White and Tony Wallace the Deacon.

A 3rd armed parishioner/security was about 30 feet away and the shooter was looking away from him.  This gave him an advantage of time and a good angle on the shooter.  He dropped him in one shot.  A total of 6 seconds lapsed from the first shot and then it was over.  Lives were saved this day by that one well placed shot.  Imagine if that security guy had no weapon.  The cops would not arrive for 3 minutes, what could a man with a sawed off 12 gauge do in a crowded building in those minutes?