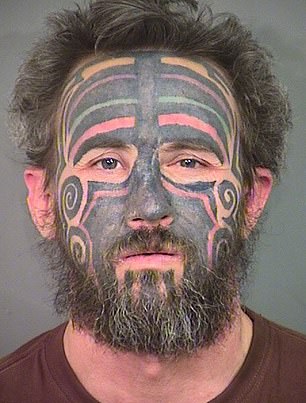 The Redding Police Department is letting the community know they are aware of a violent sex offender known as ‘Pirate’ who is back on the streets of Redding. Daniel Selovich, who legally changed his name to Pirate is back in Redding. Officers with Redding Police said they contacted Pirate on Sunday.

At this time, he is not wanted for any crimes. Since Pirate has returned to Redding, community members have been posting his possible whereabouts on social media. He is known for his dark tattoos that cover nearly his entire face. Pirate has a lengthy criminal past that started back in 2004.

Editors opinion:  Let’s not judge him too harshly.  What we’re seeing is a product of our alt-right society, due to the growing wealth gap and lack of affordable housing.   This is exactly why Chico is building tiny houses.  This will give people like Pirate a 5th chance at starting a new life!  With the right encouragement, a tiny house to call his own, health insurance and a fair subsidized monthly income he could be just fine.  Given a little more help, perhaps he would enroll in college and become a doctor or lawyer?  And remember this well, vote for Elizabeth Ann Warren for President, she’ll give him the vote!

CONT – Court records show Pirate was charged with sexual assault, battery to commit sexual assault, and first-degree kidnapping, of a mentally and physically disabled woman in Las Vegas, according to KTUU.

After the February crime, a Redding woman was raped by an unknown man on December 14, 2004, according to investigators. These two cases went unsolved until 2010, Pirate was arrested in New Mexico on rape charges in Redding.

Court records show he took a plea deal, and the rape charge was dropped. Afterward, he was sentenced to four years in prison, according to KTUU. 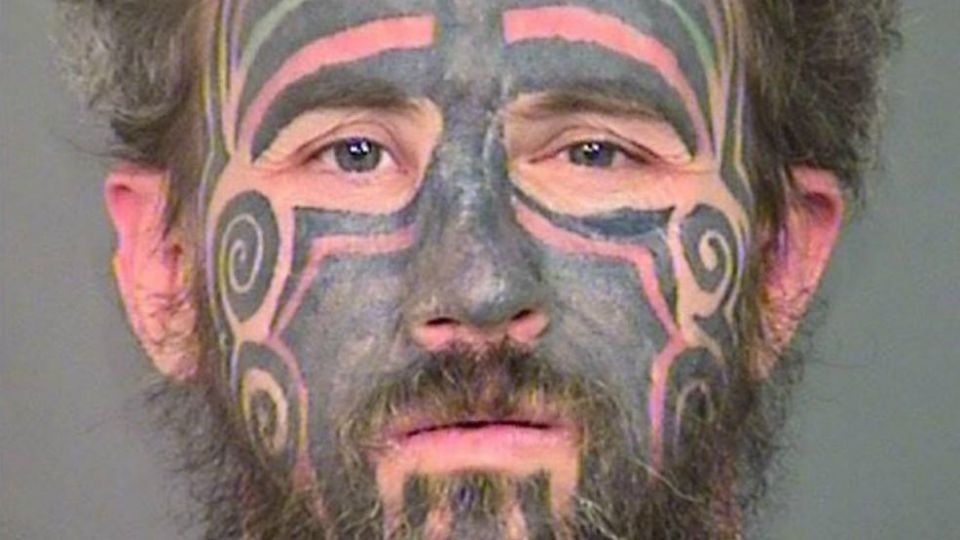 His next crime he was charged with happened in Fairbanks, Alaska in 2015 after he was released from prison.

KTUU reports, that a woman identified as K.B. messaged a friend on Facebook saying she was being raped and held against her will by a man named Pirate. The woman arrived in Fairbanks on Sept. 26, 2015. Pirate picked her up from the airport in a U-Haul van. He then punched and sexually assaulted her in the van, according to investigators.

Investigators say the victim said the two stayed in a hotel and later flew by private charter on Oct. 1 to Pirate’s cabin, located about 16 miles south of Manley Hot Springs in Alaska.

During this time, he beat her with belts, a flashlight, and his fists as well as kicking and biting her, according to documents, according to investigators.

Court documents show Pirate sexually and physically assaulted K.B. up to six times a day from Sept. 26 until Nov. 8. He duct-taped her to him during the night to prevent escape. The woman wasn’t able to go to the bathroom unless Pirate was with her, according to investigators.

Pirate tied her to a support beam so she could not move. Pirate told her he would “cut her face off” and at one point placed a knife to her neck, causing her to bleed, KTUU said.
On Nov. 8, 2015, a medical group responded and rescued the woman.

A grand jury indicted Pirate on four counts of sexual assault in the first degree, two counts of kidnapping, and multiple counts of assault. The case was proceeding to trial until the woman was found dead, at that point, it was dropped, the Associated Press said. (Reported on KSTE 650 am radio today – the woman was so traumatized that she overdosed herself and died)

Action News Now spoke to people in Redding who said they’re more alert now that they know he’s in Redding.

“Everybody that I’m passing, if I see somebody that is potentially homeless, I’m watching to see if it’s possibly him,” Redding resident, David Walker said.

UPDATE: Redding is just an hour away from Chico and both places regularly exchange so-called homeless.  Based on my experience in law enforcement, Chico is a prime hunting ground for a predator rapist like Pirate.   We have thousands of potential victims on the Chico State campus and elsewhere here and this warrants a community alert.

If he is observed here you should take no action against him, but do call the campus police or Chico PD and let them know of his whereabouts.

Let me make this clear – Daniel Selovich aka Pirate is not currently wanted for any crimes and according the justice system, he has paid his debt to society for the crimes charged.

News:  Unconfirmed sources report Selovich recently was approached by an unidentified man in Redding and threatened.  The man told Selovich to get out of town, witnesses described this confrontation as serious.  This may be an incentive for Selovich to show up in Chico very soon, but this is only an educated guess.