Economic Apocalypse or Time to Stand Up? 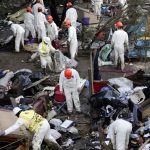 The news is horrific, 28.5M new claims for unemployment, government rushing towards  printing up 2 trillion dollars or more in debt, we’re seeing zero percent prime,  there’s a virtual panic in Congress to bailout everyone for everything, from individuals to mega-corporations, it’s spending on the old credit card like there’s no tomorrow and at the rate of these devastating, self inflicted, injuries there may not be!

This has all the earmarking’s of a complete and utter collapse of the free market system as we know it, and it’s going global.  Emergency reserve funds to insure basic things like  bank liquidity and unemployment insurance are quickly drying up.  Over half the nation is suddenly without a paycheck and a good portion of them have no cash reserves, no safety net to ease going into the worlds worst economic apocalypse.

Sounds like a scene from one of these doomsday movies doesn’t it?   Well, this is exactly what is happening thanks to a legislative stampede in Washington.  These foolish, short sighted, weak knee’ d, self serving bureaucrats are falling all over themselves to do something quickly, even if it is completely wrong!  Even if, it means selling out their own stock before the bad news hits the street.  The latter bunch, those arrogant, greedy, crooks, should be booted from office immediately before they can do any more damage.  Better yet, they should forfeit 100% of the proceeds from the stock sales as a penalty. 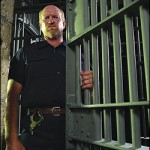 [If] we can stop these criminals and their unwitting low brow colleagues right now, before they pass this nation killing, two trillion dollar budget, we might just salvage the country from economic ruin.

Here’s what we need to do if we want a longer term success story:

This entry was posted in Health and Medicine and tagged coronavirus, covids-19, ways to fix america. Bookmark the permalink.

42 Responses to Economic Apocalypse or Time to Stand Up?