Memorial Day and What it Means 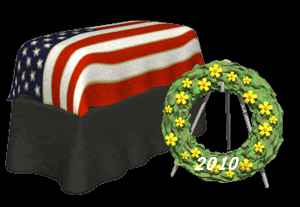 Twice a year we honor our military.  One is called Veterans Day.  It is celebrated out of appreciation for all who wore the uniform with honor.  The other is Memorial Day.  You don’t wish a vet a happy Memorial Day, May 25th.  It isn’t a happy day.   This is a time to reflect on those military men and women who paid the ultimate price for our freedom.

They died fighting against tyranny to protect and preserve the ideals that founded our democracy.  They didn’t die for free drug needles, tiny houses, universal healthcare or cradle to grave safety nets.  They died to defend freedom and they trusted that future generations would it preserve it.

Our democratic republic form of government, with it’s inalienable rights, has allowed us to prosper to our fullest abilities.   At the same time, we’ve had to endure tremendous challenges, from civil war to foreign wars in order to keep it.  But, none of those things was a greater threat than that that comes from within… in the form of socialism and the corrupt influences of big government.

This Memorial Day… remember the precious legacy given to you by our fallen heroes.  And accept it with the care and responsibility it deserves.  Show your responsibility when you exercise your right to vote.  Do it with due diligence and with respect to the ideals of our Constitution.

Freedom was never free, it came at a very high price.  Don’t you ever forget it.

The senate democrats propose a bill that would add 50% tax to ammunition sales to  discourage gun ownership.  This bill reads like the tyranny it would be.

Meanwhile, in the Land of Lincoln, state Sen. Ann Gillespie, D-Arlington Heights, is sponsoring Senate Bill 2468 to mandate a 10 percent retail sales tax on guns she terms “assault weapons” as well as magazines capable of more than 10 cartridges.

2020 poll: 77 percent of Democrats back socialism, but most voters don’t.

3 in 4 Democrats would support a socialist for president: poll

This entry was posted in Education, History, Politics and Government, Veterans' Issues. Bookmark the permalink.

2 Responses to Memorial Day and What it Means