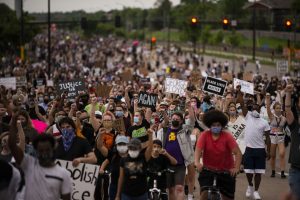 The Supreme Court created qualified immunity in 1967, describing it as a modest exception for public officials who had acted in “good faith” and believed that their conduct was authorized by law.

Qualified immunity protects police officers from civil suits while acting within the scope of their sworn duty.  It does not protect them from prosecution for criminal offenses.  Qualified immunity to protects police officers from being harassed by frivolous or unwarranted civil suits that would prevent or reduce their ability to perform their duty.  This serves the greater good and the interests of the nation. 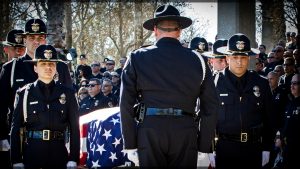 and galvanized a number of  militant groups with varying agendas.  That has contributed to the mob violence in a half dozen large cities.   The City of Seattle has lost control over it’s capitol hill region to anarchists while the mayor and governor dither, unsure what to do.  In San Francisco demonstrators torn down the statue of Francis Scott Key in Golden Gate Park in full view of police who were ordered not to intervene by the mayor.  Other old historical monuments are being desecrated under the pretext of ridding ourselves of racism.  A climate likely to start mob violence now spreads from coast to coast fueled by allegations of police misconduct. 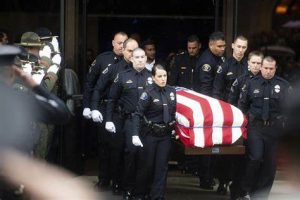 As a result, Congress is under pressure to prevent further rioting and looting.  The democrat controlled Congress views removing the qualified immunity protection as a way of appeasing the various protest groups that now allege systemic racism by law enforcement against black defendants, citing the case of George Floyd.  Congress is discussing how to remove this layer of protection from law enforcement nationwide.

On the other hand….under our current system, law enforcement is the only entity that can be charged with both a Civil Rights violation and the underlying criminal offense, thus resulting in double jeopardy.  For example, an officer found guilty of involuntary manslaughter can be charged again under Section 242 of Title 18 USC which makes it a crime for a person acting under color of authority to willfully deprive a person of a right or privilege protected by the Constitution or laws of the United States.   This federal crime can carry a sentence far more harsh than the punishment for the original criminal offense! So they get one (qualified immunity) and they lose one, (double jeopardy). 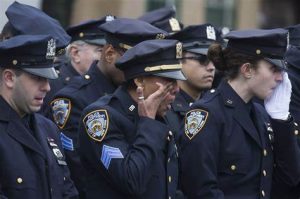 The American people once recognized that police officers must frequently confront violent criminals, often at the risk of their own lives in order to protect ours.   The Supreme Court  offered them qualified immunity so the police could perform their dangerous duties to the fullest extent possible by law.  The citizens thought this was good for their police force and good for our society, until recently.

About 700,000 police officers are charged with the protection of life and property in a

country of over 350,000,000 citizens.  Every year police can expect over 280,000,000 9-1-1 calls.  Out of that number, there are millions more contacts that are self-initiated by police.  That represents many opportunities for something to go terribly wrong and occasionally it does.

According to the statistical data kept by the FBI and the Dept. of Justice,  police were cleared of all wrongful death shootings and in-custody deaths, with the exception of two cases last year that are now pending trial.  On average questionable deaths by police range between 4 and 6 per year.  Of the total average of police involved shooting deaths over the 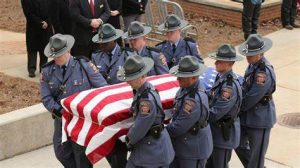 last 5 years, 24% involved black males suspects.  This percentage is suspiciously overrepresented because blacks comprise only 13% of the US population.  Many progressive groups cite this as clear evidence of systemic racism in law enforcement. 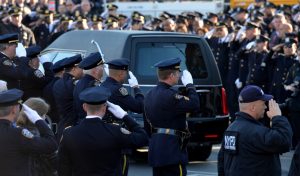 percent of those arrests.  Black or African American juveniles comprised 52.0 percent of all juveniles arrested for violent crimes.  Therefore the 25% number of shooting deaths of blacks is not overrepresented at all, but is actually under represented!

A growing number of citizens have been seduced by the lies and treachery from well funded, militarized organizations claiming to represent the black minority.  Those groups are determined to rewrite our history in order to gain traction for the eventual over throw our current form of government – that they claim is an institution built on racism.

Our first line of defense against this takeover is law enforcement.  They are sworn to protect and defend the Constitution as well as our lives and property, but without our support they are struggling against overwhelming odds. 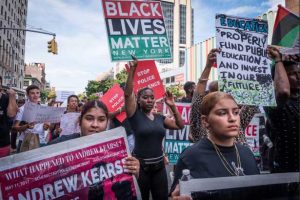 now know it and that starts with discrediting police within our community.   It’s worth repeating, law enforcement can’t do their job without our community support.   To change our government the American people must be convinced that law enforcement [IS] the problem and that all the rioting and looting is a justifiable response to their systemic racism.  In other words, the police made them burn, loot and riot.  A classic defense position among narcissistic criminals.

So, I ask you…. is the militant left winning the hearts and minds of leftwing progressives and their socialist allies?  Is Black Lives Matters selling what the black community wants to hear, what progressives want to hear?   Is the average American no longer appreciative to the thin blue line that is sworn to protect them?

Qualified immunity was a small gift from a grateful nation and it would appear that as a nation…. we are no longer grateful.