Citizens for a Safe Chico

Regarding Jack’s recent post Civic Center Park Turns into Garbage Dump, have you had enough yet?

If so go to Citizens for a Safe Chico and contribute. Listen to the radio ad. Watch the videos. Read the articles. If you have an account on Facebook you can visit them there too. The same videos that are on the main internet site also appear on their YouTube site.

We must stop these wrong headed, extreme left-wing political elitists from destroying our town and parks with their deranged policies that have increased crime dramatically, turned our waterways into open sewers and garbage dumps, are destroying the human and natural environment and completely disregard the health and safety of our citizens and our children. To this end Randall Stone and the rest of the lunatic liberal mob on the Chico City Council must be dethroned. Otherwise this terrible and intolerable situation will only get worse. 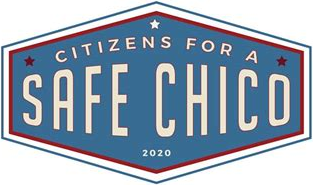 This entry was posted in Culture, Environment, Health and Medicine, Police, Crime, Security. Bookmark the permalink.

2 Responses to Citizens for a Safe Chico