I can hardly contain myself, the news is that good.   As you must know by now the city council in Seattle marches to the beat of a different drummer than the rest of us.  To show you just how different, they’ve passed a resolution that I pray will come to fruition, because they deserve it. 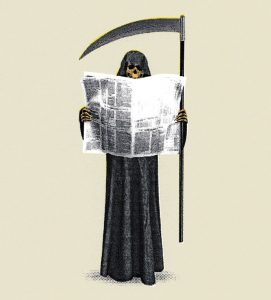 This council, the smartest in the nation, more liberal than San Francisco, has in it’s infinite wisdom, prepared the draft resolution below, indicating their intentions to reinvent the police department with community specialists, without guns, pepper spray and tear gas.

I want them to get their way, not because I have anything against the citizens of Seattle, even though they elected the council, but moreover because this could be one of the greatest teaching moments in American history, if only this council will follow through.

If you don’t have time to read the Seattle resolution, here’s a summary:

The Seattle City Council proposed a resolution to defund the city’s police department and create a “Civilian-led Department of Community Safety & Violence Prevention” on Friday.

The new resolution prioritizes the creation of a civilian-led safety department to supervise the city police. The resolution also aims to reassign current police responsibilities, including emergency dispatchers and parking enforcement, to other city departments and shift an unspecified amount of money from the city’s police to fund “community-based investments.”  This would be tiny houses and communal type living facilities where residents can ride bicycles and will have no need for cars.

The resolution says the council is dedicated to “addressing the racist institution of policing” and confronting “the Seattle Police Department’s role in perpetuating racism and violence.” It also blames the police department for using tear gas and rubber bullets to control violent rioters in the city.  There is no need for such mean things, says the city council.

Earlier this month, seven of the nine city council members said they would support a 50 percent cut to the city’s police department—a move that Seattle police chief Carmen Best said would be “absolutely detrimental” to the city.  But, what does he know, compared to the city council?

“Just lopping off 50 percent of our officers, I would think at this time would be a reckless maneuver and I’m hoping that people will calm down and look at ways that we can have a real plan in place of how we might transfer some of the responsibilities and services to other areas.”  A reckless maneuver, ya think so Chief?  That’s pretty tough talk, better watch it or they might cut your pay too.

Rioters in Seattle have rampaged the city for weeks, burning police cars, using Molotov cocktails to set the juvenile detention center on fire, and looting local businesses. Last month, a group of anti-police protesters took over a police precinct and attempted to create a police-free autonomous zone, which was disbanded after four people were shot to death and others were allegedly sexually assaulted in the area.  It was not quite the picnic the mayor claimed it to be.

Now their resolution – read it and feel free to send them a letter of encouragement:

A RESOLUTION related to policing and public safety establishing the Council’s intent to create a civilian led department of community safety & violence prevention; identifying actions in 2020 to remove certain functions from the Seattle Police Department and provide funding for a community-led process to inform the structure and function of a new department of community safety & violence prevention; requesting modifications to policing practices; requesting reporting to the Council; providing guidance on lay-off decisions; and establishing a work program and timeline for creating a new department…body

WHEREAS, the Council recognizes that the nation’s and Seattle’s history of racism and the current impact of institutional racism and structural racism cause over-policing and  underinvestment in communities of color and especially in Black communities; and

WHEREAS, the Council is committed to confronting structural and institutional racism as a fundamental step towards addressing the racist institution of policing; and

WHEREAS, in May 2020, Minneapolis police officers [murdered]George Floyd, setting off  nationwide protests against police brutality and for justice for Black victims of police violence; and

WHEREAS, these protests forced many nationwide and in Seattle to confront the racism that has been plaguing the Black community for centuries and spread to other communities of color, the harmful impacts of white supremacy culture, and the Seattle Police Department’s (SPD) role in perpetuating racism and violence; and

WHEREAS, during the course of the protests, thousands of complaints were lodged against SPD for their arrests, threats of arrest, and use of force against City and County residents, including the indiscriminate use of tear gas, blast balls, and rubber bullets; and

WHEREAS, in response to both recent events and through the efforts of decades of organizing, anti-racist organizations coalesced around the following demands made to the City by Decriminalize Seattle and King County Equity Now: 1. Replace current 911 operations with civilian-controlled system; 2. Scale up community-led solutions; 3. Invest in housing for all; and 4. Fund a community-led process to create a roadmap to life without policing; and

WHEREAS, the co-leads of the City’s Race and Social Justice Initiative (RSJI) sent a letter on 8 June 8, 2020 to the Mayor requesting that she “Commit to a community participatory budget process. The anti-racist organizations named above must oversee and co-design a community-centered process to determine how the funds are reinvested”; and

WHEREAS, members of the communities most impacted by policing support the demands to the City to push back against the harm the police cause to the Black community and correct years of failure to invest in Black communities; and

WHEREAS, the Council recognizes that over many years, more social service functions have fallen to police officers because of the defunding of social safety nets, among which are mental health, public housing, health care, and education; and

WHEREAS, the lack of funding in these systems also disproportionately affect communities of color, compounding the harms of over-policing; and

WHEREAS, though SPD has been under consent decree since 2012 and has been making reforms to the department, SPD officers continue to kill Black city residents more often than they kill white residents; and

WHEREAS, RSJI principles to which the Council has committed include centering communities most impacted by the City’s policies; and

WHEREAS, by taking the lead of anti-racist organizations by meeting their demands, the  Council is implementing its commitment to racial justice work; and

WHEREAS, the Council is committed to implementing public safety for all residents, and not just for white people; and

WHEREAS, by working to fulfill the anti-racist community’s demands, the Council has the potential to address the systemic root causes of violence; and

WHEREAS, although the Council is unable to immediately effect all the changes demanded by community, this resolution lays out a commitment to achieve community’s goal through a clear timeline and work plan;

This entry was posted in Education, Police, Crime, Security, Politics and Government. Bookmark the permalink.