If it was Trump’s plan to come off bombastic, rude and annoying during this debate, he succeeded beyond all reasonable expectations. 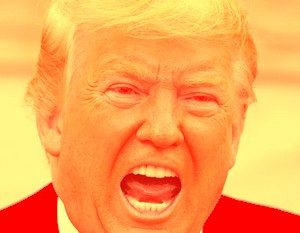 I flipped around the channels right after the big debate.  I knew the news anchors were ready to skewer Trump, as they always do.  This was a given before the debate even started.

However, the response from them was worse than I imagined.  They were genuinely upset to the degree they were going completely off script and venting!  CNN’s anchorette called this debate a disgusting  “sh– show” on national television.  Can you believe it?  And Andrea Mitchell on MSNBC said it was the worst debate she’s ever witnessed.  I’m quoting from some of the MSM forums, “the American people lost tonight.”  “It was a disaster.”  “Moderator (Chris Wallace) lost control.”  “Tonight Trump lost the election.”  “Worst debate in history.”  And it went on and on like this until I just turned off the TV.

Trump has had almost 4 years of unrelenting, emotional torment by democrats and their allies in the news media.  I can well understand his anger, but that’s not what serves you best in a national debate.  Better to be calm, reserved, witty, articulate, you know…all the things Trump isn’t.

So the setup for tonight’s Trump show was the dems did him dirty and now he’s going to get even.  I get it, its safe to say, no president in history has ever been treated worse by the opposition.   However, he’s the president, he won!  He’s supposed to act presidential in spite of all the dirty deals.   But, I didn’t see a president tonight, I saw a highly offended loud mouth.   Trump was so angry, so eager to blurt it all out, that he could barely finish his sentences before he moved on to address the next grievance.   He looked every bit the out-of-control egomaniac the left claims him to be.

Over on the other podium, old Joe Biden was kind of an empty suit.  He stumbled a few times, not bad, but it was noticeable.   A few times it looked like he might have forgot what he was trying to say, except Trump jumped in and interrupted.

Biden’s performance was boring and I’m worried that might be what people are looking for.  Biden never answered a direct question with a direct answer.   In other words he fit the mold of the kind politician we’ve all come to know and dislike.  But, Trump, Trump scared people tonight.  He was too over the top.  He was incapable of pulling it together long enough to score any points.  Trump couldn’t go 2 seconds without talking over Chris Wallace or Biden.

I felt sorry for Wallace as he tried in vain to keep the two candidates on subject and on schedule.  At one point Wallace turned to express his frustrations to Joe Biden!  If Trump’s conduct can do that to a conservative moderator what did he just do to the American public?

Trump’s greatest problem was and has always been… himself.  If there was ever any doubt of that tonight proved it. Unless something earthshaking happens, I think Trump just got Joe Biden elected with Kamala Harris as the president in waiting.  If that’s true, may God help us.

This entry was posted in Uncategorized and tagged Biden, debate, first, Trump. Bookmark the permalink.