Charting various top-ranked polls there is a definite change in momentum that now favors Biden. 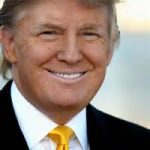 The latest polls are after the first debate and they show two opposing sides firmly committed and without a large number of undecideds as it was when Trump won in 2016.  Trump swept that election thanks to the undecided voters and it took everyone by surprise.  But, we don’t have those numbers today.

92% of the time the incumbent gets reelected, and that’s a big advantage for Trump.  However, he has a number of other advantages that should give him an easy victory in Nov.  He was the victim in a despicable smear campaign begun in the Hillary Clinton campaign.   As the truth comes out people can see that later this big lie merged into a conspiracy involving Obama and a number of high ranking democrats.   All this should have greatly enhanced Trump’s reelection efforts.

But, Trump’s advantages continue,  he promoted conservative policies that worked, especially with the economy, that’s huge!

He energized the economy and that alone should make him a winner.  However, there were a number of victories in his first 3 years that 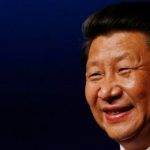 were nothing short of outstanding.  Consider, he made the first significant breakthrough in peace for the Middleast since Bush and Obama mucked it up.   Trump has also taken calculated risks in a trade war with China that appears to be working and he’s taken a hard line against Russian meddling in Ukraine.   This issue is widely supported by voters.   The outcome with China and Ukraine is yet to be determined, but this is still a big plus for the Trump campaign for trying.  The same could be said for the border and immigration control another popular issue among a majority of voters.   Trump has made some bold moves and illegal immigration is subsiding.

However, the more victories Trump racked up for himself and America, the more the left ratcheted up their game to undermine him and damage America.   I get the feeling the left would gladly burn down half of America just to get at Trump. 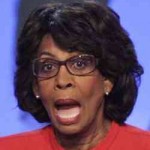 In 2019-20 the Democrats and their allies in the radical left went all out.  They built on Obama’s race card and played their own all its worth, reaching deep into old wounds while making irresponsible and unsupportable allegations of systemic racism, oftentimes where none existed.  They have damaged law enforcement by exploiting a few bad incidents as if they were common, everyday incidents…which they were not!  The Democrats gave Marxist radicals in ANTIFA and BLM the green light to do their worst and then called them peaceful protesters.

The Democrats made the most of race-baiting, chaos, and rioting to blame Trump and scare voters away from him.  They were too cozy with the rabid left as they helped them create a new narrative alleging white supremacy behind every bush and under every rock. They exploited racial passions in a way not seen since the 1950s,  all in order to take down Trump and damage the GOP. 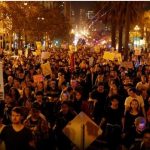 However, their low efforts could not match Trump’s mouth which continually did PR damage.   Trump has a knack for saying the wrong thing when silence or diplomacy would have served him far better.   Trump does not express himself well and that’s a huge deficit for a president who must be lead by example.

His bad presidential in the first debate with Biden underscored his inflated ego.  That debate should have been a slam dunk for Trump, but he blew it.  Biden was ready to flounder in senior moments several times, but he was rescued when Trump could not stop interrupting.   The consensus was 128 interruptions by Trump.   That’s unbelievable and beneath the dignity of his office.

Moderator Chris Wallace asked the president at least 25 times to stop interrupting and obey the debate rules: “Sir, you’re debating him not me, let me ask my question.” “Please let the vice president talk.” “You’ve made your point, please let him answer.” “You’ve agreed to two minutes, please let him have it.” “No, no, no Mr. President.” “Mr.—President Trump, President Trump, the interruptions.” When Wallace said, “Mr. President, can you let him finish, sir?” and Biden replied, “He doesn’t know how to do that,” Trump interrupted in response to being asked to stop interrupting: “You’d be surprised, you’d be surprised. Go ahead, talk, Joe, talk.”   This performance was so bad it may change forever the way debates are structured.

It was obvious that Trump felt empowered to disrupt at will in this debate and he was wrong.  It made him look small and petty.  This is not the image one wants to go into the final moments of an election with, is it?  When history is written, this could be the defining moment where he lost his election and gave us Biden and Harris.   God forbid!

Biden and Harris, are two losers.  They could not take down Trump on their own or even with all the dirty tricks the Democrats could think up.  The only way they can defeat Trump is by using the ammo supplied by Trump.  Trump’s ego may be his Achilles heel.