Trump Has the Momentum to Win It 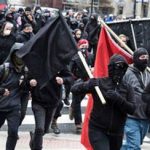 As painful as it may have been,  the actions of ANTIFA, BLM, and rioters everywhere have caused people of conservative values to turn out in this election like they never have before.    This has resulted in a sudden, tectonic, shift in the polls, and by all counts, Trump is either closing the gap, closed the gap, or it’s too close to call.  This is now a historic turnaround race!   Trump is relentless, going from city to city in the final moments while Biden decided to take some time off and hang out in his basement.

I can’t blame Biden, I might be hiding too if I generated the scandals he did.  Key among them, his lying about his knowledge regarding his son Hunter’s dirty dealings with the Chinese, Burisma, and Russia may have surfaced a little too late to effect democrat voters that much, but it sure didn’t help Biden’s chances either!   In a close race like this one, it could wind up the deciding difference.  Biden is under enormous pressure.

For a time this summer it appeared this country was on the verge of anarchy and this angered and frightening many good, law-abiding folks on both sides of the fence.   As the 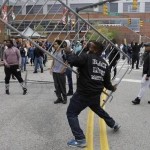 research comes in now, it’s clear the democrats miscalculated, thinking this trouble would push people over to the great peacemaker, Joe Biden.  However, time has shown this was actually where they suffered their greatest setback.  Voters rejected their soft approach (appeasement) to the lawlessness and rioting that swept over the country.

The Mayor of Seattle, Portland, Chicago, Minneapolis, San Francisco, Los Angeles created sanctuaries for criminals and opposed their own police officers.  Voters were outraged.  That violence and the appeasement that followed more than anything else, may have dealt the fatal blow to Joe Biden and Kamala Harris.  Their failure to denounce violent criminal conduct (rioting) and calling it peaceful protesting was a huge mistake that played right into the hands of team Trump.  But, they doubled down and started this crazy talk about defunding police and that was beyond foolish. 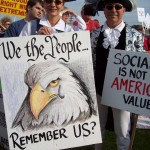 While the Democrat politicians were talking about defunding the minorities that actually lived in crime-prone neighborhoods of Chicago, Detroit, Baltimore, etc., were appalled, because they wanted more police, not less!   The silent majority agreed and were further angered by the left’s repeated attempts to vilify the police.   The enthusiasm for Trump became more and more visible, oftentimes it came in the form of counter-protesters standing up for common decency and traditional American values.

The message of greater taxation and more gun control should have been enough to sink Biden’s chances.  But, throw in the hot mess that goes with sanctuary cities, the libs call for open borders, the stirring up racism, the demonizing the police, and now this corruption scandal, well, I’m thinking Biden should be losing by a landslide!

We’re entering the home stretch and Trump is gaining on Biden-Harris, but it’s far from over, anything can still happen.  Every vote for Trump counts, even in California.

This entry was posted in Deep State, Politics and Government. Bookmark the permalink.

11 Responses to Trump Has the Momentum to Win It