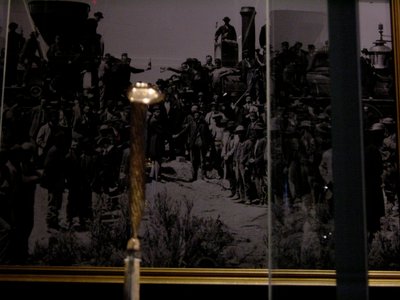 This is going to be a weird post because it’s about a liquor law from my homestate of Utah that I never really ran into, but I could have — before today. In the past, bars were “private clubs” where customers had to buy a “membership” before you could enter and buy a drink (or else be a guest of a member). It was an interesting hurdle for people who are used to something different (or normal).

The private club memberships went away at midnight MDT, and with them went my last chance to become a “member” under this unusual law.

Don’t get me wrong, being a member of a private club in Utah was probably less cool than becoming a member of the National Geographic Society or Consumers Union, or wearing a Members Only jacket. It never came up when I was growing up (because I was obviously a minor). I’ve only been back a few times since turning 21.

When I visited Salt Lake City in July 2008, I thought I might need to buy a membership when tagging along with a friend who now lives in the city. Alas, the opportunity never came up in three chances.

While I may have missed my chance to become a “member,” it’s still not too late for me to become utterly confused by Utah’s new liquor laws. The private clubs are essentially gone, but will be replaced with “social clubs” and “dining clubs,” each with different, yet similar rules. On top of that are full-service restaurants and beer taverns which can serve alcohol but follow another set of rules. A short rundown is here.

These changes only address clubs. If you wanted to buy a six-pack of Sierra Nevada Pale Ale to enjoy in the comfort of your home, you still need to go to a state liquor store.

Photo: The photo behind the “Lost Spike” at the California State Railroad Museum shows the completion of the Transcontinental Railroad at Promontory Summit, Utah in 1869. Here’s a better look. I saw the workers holding up champagne and was intrigued that alcohol was used to commemorate this landmark event that happened in Utah.

Ryan is living every week like it's Shark Week.
View all posts by Ryan Olson →
This entry was posted in World at large and tagged alcohol, beer, law, members only, SLC, Utah. Bookmark the permalink.