Everybody Has Their Guy (or Man)

In the dictionary there are words for everything.  Dave Barry

Every person has their guy.

The three of us loitered outside the concert hall killing time.  Jane and Peg, music moms, stood with arms crossed and discussed car problems.  Jane gushed about her guy as I walked up.

“He’s the best,” Jane said, her eyes beaming like sun rays.  “My Volvo has 450,000 miles.  My guy fixes brakes, radiators, rebuilds engines…sigh…he even folds shop towels.”  Jane’s eyes glistened and I saw my reflection.   She clasped her hands, “Ooooh, there’s no one like him.”

Jane’s lips straightened pencil thin.   She measured her words, seemingly reluctant to give up her guy.

Peg typed Vince’s number in her smartphone then glanced at me.  “Eric, who’s your guy, in case Vince is busy?”

“My guy is Gary, at the Garage Monkey.  He’s fast, fair and reasonable.  Gary gives my SUV its annual physical.”

Peg recorded Gary’s information.  We continued waiting outside the auditorium.

“Lots of people scrambling around here,” Jane complained, “but not the man to open up this place.”

We immediately recognized the irony between modern language and American slang.  We had our guy to fix cars but searched for a man to open a building, not that women can’t fix cars or unlock doors.

I have a guy to repair plumbing, wiring, and to de-bug my blog.  And I know a guy who can get me cheap hockey tickets.

But it’s different for Jane and Peg.   They have a man for landscaping and a man who makes dump runs. The nomenclature is seemingly gender centric.  My grandma had a man who shoveled snow and raked leaves, that is, when my brother and I weren’t around.  To her we were “the boys,” not even little men and certainly not guys.  Grandma’s formality forbade the word, guys. 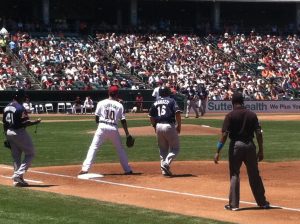 When people refer to guys they’re being possessive.  They want their guy and are reluctant to give him up, lest their guy gets involved with someone else.  But the man is community property, free to the general public.  You never see a guy removing trash after the parade; it’s always the man sweeping up.  Guys are indispensable whereas the man, like a Lego block, is interchangeable.

In many cases “the guy” works indoors: plumbers, mechanics…the guy who tunes my skis.  Guys typically don’t work outside except for the fellow at the junk yard who can be either a guy or man.  Generally “the man” works outside unless we’re discussing baseball.  At first base we say “the guy playing first” unless Grandma was at the game.  “Dearie, who’s the man standing at that bag?”

The word “dude,” less formal than “guy” or “man,” can be intermixed with any occupation or trade like the dude who fixed my flat or the dude that delivered pizza.  Dude is less possessive than guy and certainly less formal than man.  Would you want a man to deliver pizza or are you okay with a regular dude?  Then again, the word dude is endearing.  Dude can be personal.  “Dude, loved your Halloween post!  You really wore speedos and cowboy boots?” 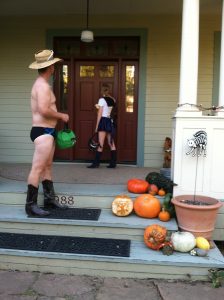 My friend Terry is “the man” of his Thai restaurant and the “guy” to see if you’re hungry for heat.  When eating his Thai spicy, tears evaporate before leaving my face.  Tell you what, that dude can cook.

But guy, the man, or dude, doesn’t work for all professions.  Dudes and guys, perhaps they’re blue-collar folk names.  Dudes are cool and guys are handy.  But that doesn’t mean that guys can’t be cool.  Whereas the man, well, they’re trustworthy and reliable… like Labradors.  We never say the guy who did my root canal or the dude who checked my prostate.  We yield to a level of decorum.  We don’t have dudes designing homes or selling houses.  Referring to dudes and guys implies a certain class and sex, but women can do the same jobs as dudes and guys can. And who’s to say that dudes and guys can’t aspire to be the man to check my prostate (e.g. be a doctor)? Unfortunately, we have few endearing words like guy or dude for women.  Gal is a possibility but doesn’t fit multiple scenarios.  My late grandfathers referred to the “girl who cuts hair” or the “lady answering the hotel phone,” never gal.  Perhaps that’s sexist.  But in their defense both men held women in high esteem.

For the Presidential campaign I can’t say who’s my guy, dude, gal, or even dudette.  I don’t think of politicians that way.  Politicians are genderless.  We say the “person” running for Congress or “candidate,” which is more saccharin.  Person, I think, is better because it implies a human is campaigning. 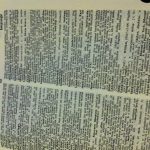 So, in contemporary culture where we change language according to what the world around us looks like, and where feminism is a common term, what’s a man (or guy or dude) to think?  Isn’t this why language was invented in the first place?