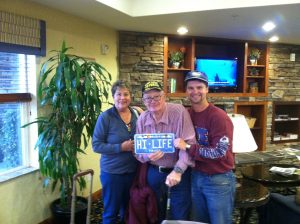 With my Air Force mom and dad

Just a quick note of appreciation to the men and women I know who’ve served in the military.  My dad (a physician) served twice in Vietnam, first in 1970 and again in 1972-73(?).  Dr.  J.B. Miller (retired colonel, USAF) was stationed in Cameron Bay.  In third grade I recall my classmates recording messages on a reel to reel tape recorder to our dads who were sent overseas.  Our teacher, Miss De la Cruz, set that up.

Our family moved several times during Dad’s Air Force career, notable stops included: Andrews AFB, Lackland AFB, US Air Force Academy, Davis-Monthan AFB, Warner Robins AFB, and several others.  Among Dad’s most enjoyable times was as the physician for the US Air Force Academy Hockey Team during the mid-1970s.

At the risk of forgetting a few names, I truly thank these men and women.  Whether in person or through a fellow military brat, you made an impact on me.  Please forgive my spelling errors.  I apologize for not listing your rank.  Unlike many elected leaders who brag about their rank and service, you do not.  You humbly and faithfully did your job.  Whether you’re a retired pilot, doctor, navigator, educator, logistics specialist, infantry, tank operator, gunner, or hockey player, many thanks. 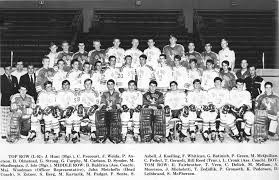 And finally to the military moms, dads, siblings and parents, those who stayed behind while you served, thank you too.  It ain’t easy watching ’em go….