Reason No. 6,061-73: Why We Should Split the State – California Rank’s Last for Business Friendly States 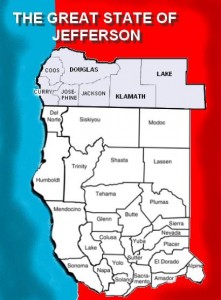 California is ranked as the worst State in which to do business and we’re sick of that label. Sacramento has turned our once great state into a wasteland of over regulation and restrictive laws.

From ChiefExecutive.com, these CEO comments:

“California is getting worse, if that is even possible.”

“California’s legal system is broken. Employment law and contract law are highly problematic and along with regulations and taxes, discourage any further investment in this state.”

“California is completely confiscatory, ever dreamng up new ways to stick it to sub-Apple-sized companies. So far, Washington is smart enough to recognize where its jobs come from.”

“Am not aware of any businesses other than entertainment that will be expanding or moving into CA. It is a black hole.”

“Only thing [California has] going for them is the immigrant influx and the established industries already there.”

“California has the best labor pool and the worst government. Taxes are punitive, labor laws are punitive and regulations are restrictive. California is a Union Owned State.”

“California is accelerating down the wrong track. At some point even the climate will be outweighed by the massive disincentives to business and the tax penalties on the modestly successful. It’s well on its way to becoming an environment where the super elites (Hollywood, Silicon Valley and the political class) are separated from the ‘service class’ by a personal income chasm as the union continue to plunder the state’s treasury.”

“I’m considering relocating my business now based in California.”

“California is not small business friendly, or friendly for any business size when it gets down to it. Taxes are beyond belief and going higher. Cost of living overall is out of control just like our elect leaders in Sacramento. Too many entitlements and not enough people contributing.”

“Workplace rules are key for us and California is a disaster. We have considered a higher price structure in CA for our products to cover the added expense of doing business in the state.” –

8 Responses to Reason No. 6,061-73: Why We Should Split the State – California Rank’s Last for Business Friendly States