As reported by the FBI, hate crimes affect about 1.8% of our total population.  In 2014 this was 5,992 persons in the USA (see FBI chart below) .  Of this number only 1018 crimes are attributed to a person’s religion (17%).  Of that number over 60% are directed at Jews and less than one third, or about 300 cases were directed at Muslims.   That would be less than 300 alleged cases out of 2,595,000 Muslims living in the USA, or .015% of Muslims are likely to victims of a hate crime.   As you can see the hate crimes against Muslims is almost non-existent, in fact you’re three times more likely to be a hate crime victim if you are Jewish!  Since 9/11 no perceptible backlash against Muslims has happened.    Hate crimes in the US in general are almost a non-event, according to the FBI. 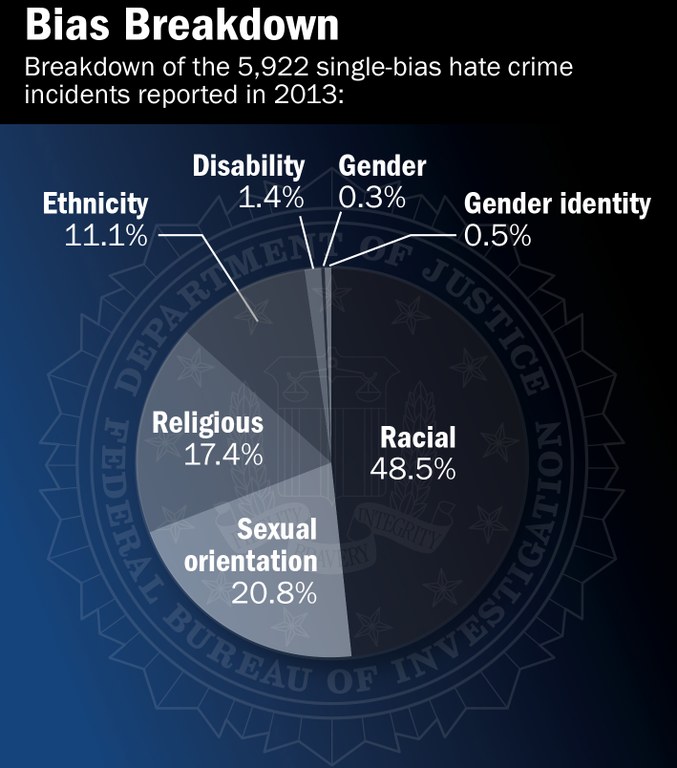