American Tolerance is the Best in the World

The title says it all. America is the great melting pot and we ought to be proud of that…period.

We’re a society of immigrants and this broad diversity united behind a commonly shared beliefs in inalienable civil liberties has made us a great nation. We just have to make sure that new arrivals are willing to join in protecting those fundament concepts that formed the Untied States.

The road to equality and tolerance has not been easy and we are still far from perfect. Almost everyone here has some group affiliation or ancestry that in some way has been oppressed or victimized. But, here we are in spite of the bigotry, racism, religious oppression, savagery, etc., Because that came from a tiny minority. The overwhelming citizens of America of were extremely tolerant and strived for equality. So, we’ve done darn well considering all the bias, grievances and hateful legacies we had to shake off as we arrived to form this new nation.

The vast majority of Americans are among the most tolerant, accepting and outright friendly people to be found anywhere in the world. But, that doesn’t mean the struggle against intolerance is over. Some of the worst racism ever to exist is now harbored in groups that were once considered oppressed minorities and they’ve allowed their victimization to turn into hate and bigotry just like their former oppressors. This is another problem to be solved, but we’re making progress, sometimes two steps forward and one back, but we’re getting there.

Most recently we’ve heard fears coming from mostly liberals and from some within the Muslim-American community, that Muslims may be suffering a backlash of hate because of recent acts of terrorism done by people calling themselves mainstream Muslims. (We of course call them radicalized Muslims) As a result of our overall concern for fairness we’ve done very well. But, some among us have gone too far, like failure to connect the words terrorist and Muslim, for an irrational fear that we would be maligning an entire religion. As Bill Whittle pointed out, “If we were to say a man from North Carolina was lynched and omitted it was a black man, we would have done a disservice to the black community.” Who else avoids linking words for politically correct reasons, except our far left? Certainly not the Muslim terrorists! They proudly point-out who they are and who they are killing. They want the world to know, but not saying 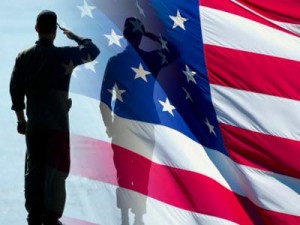 their religious affiliation when reporting terrorism does not make them kinder or more tolerant.

Despite the mounting global death toll at the hands of Islamic terrorists, the United States has been virtually backlash free. That is quite remarkable considering what we’ve suffered and what has triggered mass riots and acts of vengeance in other countries. And this is especially true in Muslim countries, where a perceived disrespectful magazine cartoon can be seen as a good reason to behead anyone associated with its publication.

When it comes to civil rights and tolerance, the United States has set a very high standard, especially for the Muslim world and that alone has created some friction. And even though some may scoff at and malign our values, its the price we must pay to be free and fair even when our enemies aren’t.

So, when our tolerance is tested it only points out that some people are still a little behind on the old evolutionary ladder. Think of them as being forced to stare up at our posteriors, because they don’t get what it means to be tolerant and treat others with respect and dignity. Maybe you’ll get some consolation out of that imagery? I guess when they get tired of the view they will change, in the meanwhile I just hope we won’t.

This entry was posted in Uncategorized and tagged American Tolerance is the Best in the World, civil rights, democracy, imigrants, Islam, justice, muslim, peace, terrorism, united, USA. Bookmark the permalink.

10 Responses to American Tolerance is the Best in the World