When it comes to ISIS, Al Qaeda and Islamic terrorism, one wonders when Obama will start being honest with the public? It’s become so bad, we can’t believe a thing Obama says. Obama has been 100% wrong about ISIS and I’m beginning to think Vladamir Putin is far more credible than our own president.

Days ago, Putin stood before the G20 summit in Turkey and provided them with a list of countries and people who are contributing support directly to ISIS terrorists and Al Qaeda, Obama had the same information as Putin, but he never revealed it – quite the contrary. Only Putin had the guts to say Turkey has been one of the main buyers of black market oil stolen from Syrian oil fields by ISIS! This is a large part of how ISIS has been able to achieve a $23M a month income that sustains their army of terrorists. 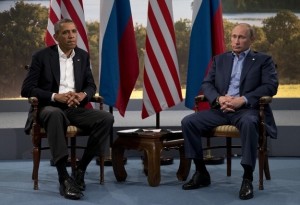 “I’ve shown our colleagues photos taken from space and from aircraft which clearly demonstrate the scale of the illegal trade in oil and petroleum products. The motorcade of refueling vehicles stretched for dozens of kilometers, so that from a height of 4,000 to 5,000 meters they stretch beyond the horizon.” President V. Putin

For well over a year Obama has known about this black market situation and Turkey’s complicity, but, instead of exposing it or calling them on it or bombing these wide-open convoys Obama has done nothing. This has kept the tankers rolling and the money flowing. . .to ISIS. Our Commander-In-Chief actually blocked the US Air Force from attacking the oil convoys, citing environmental concerns! No, I’m not kidding. Apparently spelt blood doesn’t matter as much to Obama as spelt oil. This is so wrong, if its not cowardly and stupid, then its akin to aiding and abetting ISIS. I’m leaning to the latter given his long pattern of conduct.

When it comes to Obama dealing with ISIS or terrorism in general, its been one blunder, one cover-up, after another (Benghazi) or one obstruction after another (won’t bomb ISIS – won’t work with Russia). Obama has turned down help from real willing partners and instead he’s tried to sell us a big lie about leading a coalition of 65 nations in the fight ISIS and global terrorism. Well, lets look around – what nations, who are they? Where’s this big coalition?

Why is he lying? Can he be that far out of touch, that delusional or incompetent or does this man have the heart of a traitor? This is a fair question considering how he has handled or rather mishandled everything in the Middle East and Afghanistan. Could he secretly have empathy for these Muslim terrorists? I’m asking, because I really want to understand why Obama behaves so consistently underhanded and wrong on almost everything! And while he’s making a mess of things in the Middle East Obama has the audacity to tell us that his “pin prick” air strikes are keeping ISIS contained. Ha! Tell that to the French. Something is terribly wrong in Washington and we better face up to it.

Terrorism has never been better armed or better funded and it all happened on Obama’s watch.

Last week Obama was finally forced to deal with these black market oil convoys due to the shoot down of the Russian plane by Turkey.

Let’s not forget that just before the Paris attack, Obama told the American people ISIS was contained. And previously before that, he told us it is going to be a long struggle to remove ISIS, that it could take many years. Our best generals have said this is absolutely nonsense. They didn’t know where he was getting this information, because it wasn’t coming out of the Pentagon or the CIA! Those folks have all said ISIS is a small militia force of about 30,000 to 35,000 fighters. That number could be crushed easily by the might of the United States, but with a coalition force, it could end their reign of terror even sooner.

In the absence of American leadership, Putin has by default taken over and not surprisingly, Russia has made more progress against ISIS in two months than Obama has in the last 2 years. This is embarrassing folks, our President is a fool.

Look at what Putin just said to the media: “We need to organize work specifically concentrated on the prevention of terrorist attacks and tackling terrorism on a global scale. We offered to cooperate (with the US) in anti-IS efforts. Unfortunately, our American partners refused. They just sent a written note and it says: ‘we reject your offer’. 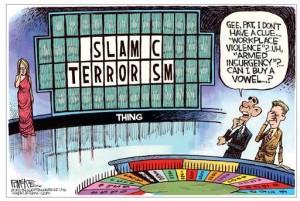 [WE] didn’t reject anything…the idiot in the White House did. Putin’s trying to do something that Obama said he couldn’t and wouldn’t do…and that’s crush ISIS before they spread and consolidate their power.”

Russian President Vladimir Putin claims that the ISIS terrorists are receiving funding from at least 40 countries, including G-20 members. After the just-concluded G-20 meet in Turkey, Putin told reporters that he shared Russian intelligence data on Islamic State financing with his G-20 colleagues: “I provided examples based on our data on the financing of different Islamic State units by private individuals. This money, as we have established, comes from 40 countries and, there are some of the G20 members among them. This topic (the war on the terror) was crucial. Especially after the Paris tragedy, we all understand that the means of financing terrorism should be severed. ”

Right after Russia bombed a huge convoy of over 1000 ISIS oil tankers that cross into Turkey to sell the oil freely to the Turks in the blood-oil trade that finances the terror group, Turkey struck at Russia. Turkey back stabbed Russia by downing the Russian warplane and acted as accomplices of the terrorists, Russian President Vladimir Putin said.
“This incident stands out against the usual fight against terrorism. Our troops are fighting heroically against terrorists, risking their lives. But the loss we suffered today came from a stab in the back delivered by accomplices of the terrorists,” Putin said.

Remember folks, Hillary was right there with Obama during most of this and she lied too. We can’t have this women become our next President.

18 Responses to Obama Lying to Americans About ISIS AGAIN! #@$%*