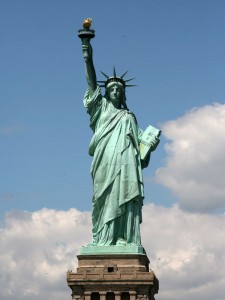 Huntington Beach, CA:  It was supposed to be just a good ol’ patriotic rally to celebrate a newly elected president.   It’s how we once behaved many decades ago when most of us liked America and our leaders and we were not afraid to show a little patriotism.

The gathering of several hundred locals from surfers to school teachers, was one of many other similar gatherings spread across the US, all designed to show support for President Trump’s agenda and America.

Then another group showed up, numbering about a dozen, and they were determined to disrupt the event by any means necessary, as it was in the Berkeley riot. They wore black clothing and masks, but despite their hateful insults at the pro-Trump people, they were more or less tolerated.  But, all that changed when one them used pepper spray on the lady who organized this event and that was the wrong thing to do!  That’s when things turned a little violent.  Remember this is pro-America, pro-Trump rally and these people don’t tolerate those who attack women….it makes them very angry.

Some of the young men standing beside the lady organizer rushed the would-be assailant, dropping him onto the sand where they began wildly punching and kicking him.   The terrified masked man struggled desperately to his feet and began to run for his life.   He was last seen sprinting down Pacific Coast Highway apparently to seek sanctuary from a surprised CHP officer who was there to direct traffic.  The other black clad protester quickly faded from view and then it was over.   Americans – 1.   Haters – 0.

UPDATE:  Charges were not filed against the attacker as justice had already been served.