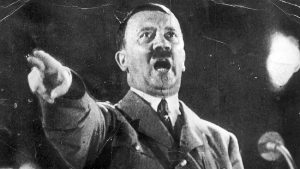 Should the candidate for President of the United States be given a thorough mental health evaluation?

We ask that of many other people in the public trust who have far less ability to do harm. We ask mental evaluations of police officers, airline pilots, military commanders, intelligence agents, even bus drivers, so, why not the President?

The reason I bring this up is two fold, it’s logical to me and because of the left’s unprecedented attack on President Trump’s mental health and how it affects his ability to carry out the demands of his office. The vocal opposition seems absolutely convinced that Trump’s mental issues include, but are not limited to, delusion, flight of ideas, paranoia, megalomania, bi-polar disorder, schizophrenia, narcissism and more. God help us if these were all true! However, regardless of how you feel about Trump’s mental competency, it’s an undeniable truth that a-n-y-o-n-e vested with the kind of power the president has ought to be at the top of his/her game. This is a tough, tough job, that requires rock solid judgment especially during time of prolonged and extreme stress. Partisan politics be damned, we need and deserve only the best people in that high office. Let us never forget that the threat of nuclear war is only seconds away from a launch. 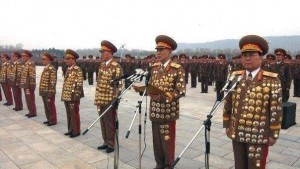 Looking into history we’ve seen leaders that were without any question mentally unbalanced and not just quirky like Trump, but totally unhinged. For example Caligula, Nero, Mussolini, Attila, Hitler, Pol Pot and a host of European Kings/Queens and today that list might include people like North Korea’s Kim Jung-Un. Yet, despite their serious mental defects they held power and were able to do great damage. If we can avoid that by a competent mental health evaluation, then maybe we should?

Our checks and balances system provides for the removal of a president if he should become unfit for office, but it’s a slow and messy process and there is no guarantee it would work in time to avoid serious consequences. This is why I feel it’s perfectly acceptable, nay make that completely reasonable and practical for candidates on their final leg to the White House to be screened for their mental fitness. This would be a pass or fail exam where the results are made known to the public and then we cast an informed vote. Had this option been available to our founding fathers, I’m sure they would have approved. There’s really no good reason not too….is there?

6 Responses to Testing the Mental Fitness of future President’s