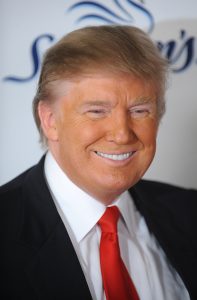 When a homemade incendiary bomb ignited on packed train in London last Friday, President Trump responded on Twitter, “Another attack by a loser terrorist.  These are sick and demented people who were in the sights of Scotland yard. Must be proactive.”  Not surprisingly, most American’s readily agreed with this assessment.

However, this relatively mild comment (allegedly) angered some high ranking British Officials who don’t like Trump, so it could have been fake anger.  The officials chose to go public and declare it as a slight against their investigative tactics!

The average Brit probably agrees with Trump  since there have been 5 successful Muslim terror attacks in the UK only this year.  The latest is the 4th in London since January, 4 other random plots have been foiled by police.  Foiling 4 other terrorist plots is no small accomplishment, so we need to give them credit when credit is due.

The police have a tough job when it comes to fighting terrorism because it is simply impossible to stop ordinary people who suddenly go into kill mode because of their religion. There are many such Muslims in the UK, ticking time bombs and they are hard to spot before going all jihadi on folks.   The only common denominator seems to be that they were all Muslims, all males and between 18 and 38 on average, but we can’t go there, that would be profiling. In the US, police can’t use profiling to focus their limited resources where it might do the most good for the same reasons the Brits can’t.  Its politically incorrect.   Terrorists know this and so they play to our weakness, using privacy laws, political correctness, etc. to their advantage and our chagrin.

British police have long lamented that in a free and open society like the UK’s, a certain percentage of Muslims are bound to evade their casual watch and go on to successfully commit horrific acts of terror. 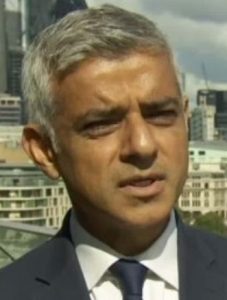 Muslims immigrants because a small percentage of them will go on to wreak havoc.   That would go against Great Britain’s long standing open door policy.   Khan said he has no time for Trump’s tweets.

The Islamic State terrorist group asserted responsibility for the explosion. Experts cautioned that the group often seeks credit for attacks it may have only inspired.   I doubt that distinction provides little comfort to their victims.

Just before Friday’s tweet, Trump informed the media that Britain’s Prime Minister Theresa May was furious how the details of the Manchester bombing became leaked to our  media.  Trump has tasked the FBI with ferreting out the leakers.  So far, only Reality Leigh Winner, 25 of Georgia, a government sub-contractor for the NSA, has been arrested for leaking top secret documents to the press.

Trump has called for tougher travel bans as a result of the UK’s latest bombing.