A case of two ideologies and the partisan hypocrisy that drives voters mad.

Unless you’ve been comatose for the last 10 months, you’ve probably heard about Retired General Michael Flynn ‘s run in with the FBI.   But, to put this in perspective let me recap…. The General failed to disclose the full nature of a phone call made to a Russian ambassador while acting as Trump’s White House Security Adviser.  He said it was a mere oversight.  ( That raised the question among dems, “disclose what?”  That is now the big question and to what extent was he acting on Trump’s orders? ) 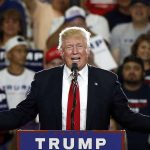 That led our newly elected president Trump to meet with then FBI Director Comey.  Trump allegedly told Comey in a private meeting,  he hoped he would go easy on Flynn because he’s really a good guy.   Not an unreasonable thing to say really.  Trump’s a political novice and he’s not good at parsing his words like the rest of DC.

Dir. Comey, who does not care for Trump, felt he was being coerced towards an outcome favorable to the Trump administration.  Dems would later call this a blatant attempt to obstruct justice!  They alleged,  Trump was colluding with the Russians to win election, and so it went.  Dem’s were livid and openly called for Trump’s removal from office!  (So far so good?  I’m getting to my main point, so please bear with me a bet longer)

The counter charge from Trump soon emerged.  The President said that key elements within the FBI were 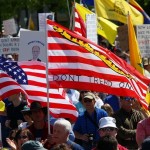 been doing more than investigating matters of security.   They were acting as opposition research operatives for the Clinton campaign, this included wire tapping his phones, funneling classified information to the Clinton campaign and more.  Trump alleged the current investigation was tainted because of biased operators within the FBI seeking a specific outcome, to undermine his presidency.

Now enters a new chapter in this developing story. The Independent Counsel investigating this affair, Robert Mueller, seems to be focusing on whether Trump committed a criminal violation when he “hoped” the FBI would go easy on Flynn.  That’s it, that’s the sum of  their case.  The democrat party leaders are more than satisfied that he did it and daily they remind us of what a dastardly deed has been done to democracy!

Their case can be summed up thusly, “If Trump exercises his power — even his lawful power — with a corrupt motive of interfering with an investigation, that’s obstruction,” Lisa Kern Griffin, an expert on criminal law at Duke University, “The attempt is sufficient, and it seems to be a matter of public record already.” 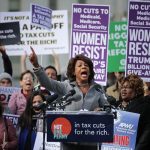 o get to Trump.  But, contrast that situation to the one where the Dept. of Justice is investigating obstruction by Sanctuary Cities and States. They (cities and states) have passed laws and made many public declarations to obstruct the enforcement of immigration laws!

These defiant powers have threatened to fire police officers who assist in any way with the deportation of illegal aliens.  Most recently California passed a law to fine and potentially arrest business owners who cooperate with federal law enforcement regarding illegal aliens in their employ. 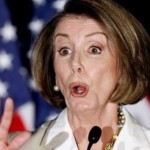 The legal merits are yet to be determined for either Trump’s investigation or federal immigration law verses sactuary city laws.  However, our mainstream media seems obsessed with only one story.  Of course this would be the ultra-thin Trump obstruction allegation which seems to be on verge of being declared a non-starter.

Amazingly, the media is virtually side-stepping this great sanctuary story which by all accounts is of historic proportions and threatens the stability of the country.  It affects virtually every American today and likely for generations to come.  Whatever Trump intimated to Comey pales by comparison.

In 1861 we fought a war over states rights and here we go again and they media isn’t even paying attention? Cities and a few states writing their own laws in defiance of federal law and this is somehow a non-starter for our news media?  We are a country of laws and if we are not…then what?

I would expect partisan politics to have it’s usual influence on the democrats, but not to the extent that they are derelict in their elected obligations to protect and defend the Constitution of the United States!   How can 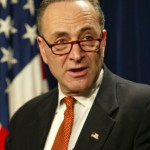 they so easily dismiss their solemn, sworn duty when there is such a clear case of obstruction and on full public view?   Is it because of their obsessive desire to unseat the duly elected Donald Trump?  Does that have them so narrowly focused that they can’t see the most significant story of the decade?

It’s obvious that they do not care about illegal aliens displacing American citizens in jobs or the enormous costs to our system.  These characters know that illegal, unchecked immigration has always had a direct impact on crime and society no matter where it occurs, be it in the United States or any sovereign nation.

We’ve had random cases where it has been highly suspect that elections were compromised.  We know this mass immigration does threaten our traditional values… those that founded our country.  New citizens ought to understand those values and appreciate them like we do, because that  shared idealism is the glue that holds this country together.   Therefore, our national unity (security)  is weakened when we allow millions of illegal aliens to create a new sub-culture with their values, language and customs at the forefront with little regard or appreciation for the sacrifices that provide our freedom and economic prosperity.

These are people who did not come here to be part of the great melting pot, because they are not 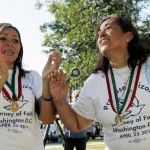 assimilating.  They are economic opportunists.  They do not respect our traditions and values, instead they want us to change our values to make  them more amenable with theirs. But, and here’s the clincher, the illegals serve partisan interests of the democrats.  Too often, they are told how to vote and they do, whether they are allowed by law or not.  Too many low information, ethically challenged, greedy voters…. vote democrat and it’s getting so much worse.

The bottom line on this story of national relevance is, the Democrats are seeking bigger government by any means necessary.  This means more wealth redistribution, higher taxes, more laws – less freedom, more socialism, more centralized power and generally winning elections on many levels through partisan populism, even if its illegal populism.   It appears to me that it  is of little concern for the consequences, if they happen to tread upon the Constitution or place our national security at risk as long as their socialist agenda emerges victorious or our old established democratic principles.

12 Responses to A case of two ideologies and the partisan hypocrisy that drives voters mad.