This is an acrylic on canvas, 20X24. The painting attempts to generate strong, almost overpowering feelings of war…isolation, danger, death, destruction, all set in shades of grey and black and white with just a touch color.  It looks like a sketch, but it’s all paint and brush.  Working with black and white to achieve everything I wanted was a challenge.  It was the first time I’ve tried it.

A painting is said to be a success if can evoke strong feelings and set tone for everything around it. This haunting vision depicts a B-25 Mitchell bomber, circa 1943, flying somewhere over Europe just under the storm clouds and lightening.  What is lost in the photography is the thin veil of dark rain in the backdrop, but when viewed in person it is very apparent.  The blue-green canopy is actually that color originally.

The key parts of this painting are contrast, motion, line, perspective and tonal value to give it balance.  Note:  A red detonator button on the lowest bomb is pronounced for effect.  I hope you can take a moment to stare at the detail and tell me what feelings it gives you; it reminds me of the futility of war, which is not to say I am anti-war.  It’s just that I hope mankind will evolve beyond war because it is so destructive. 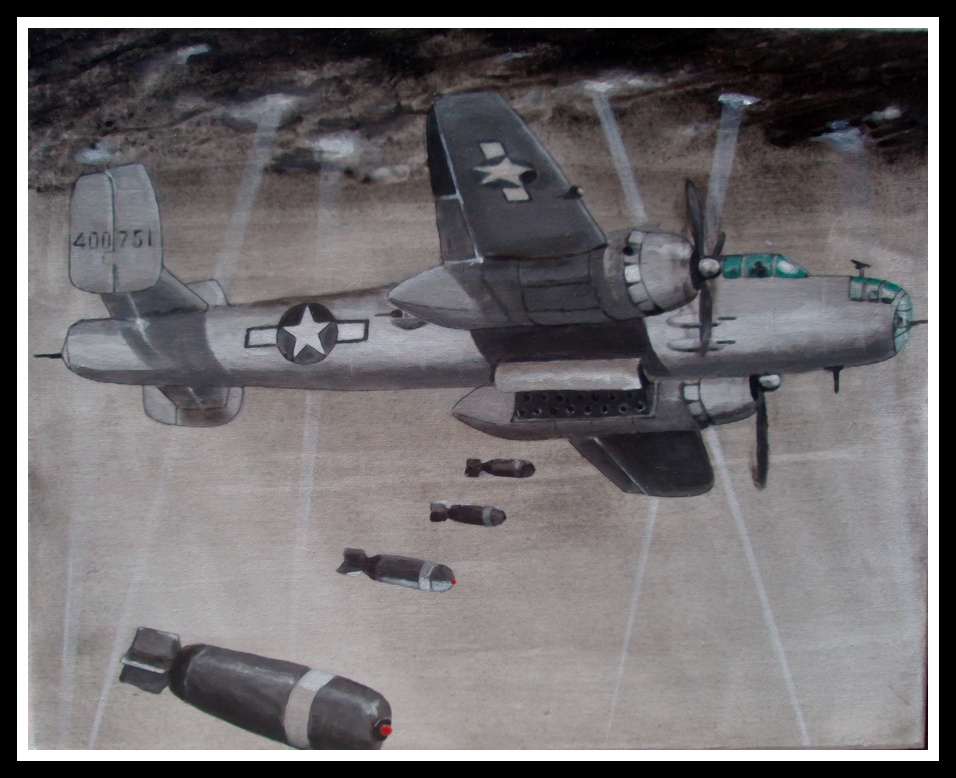 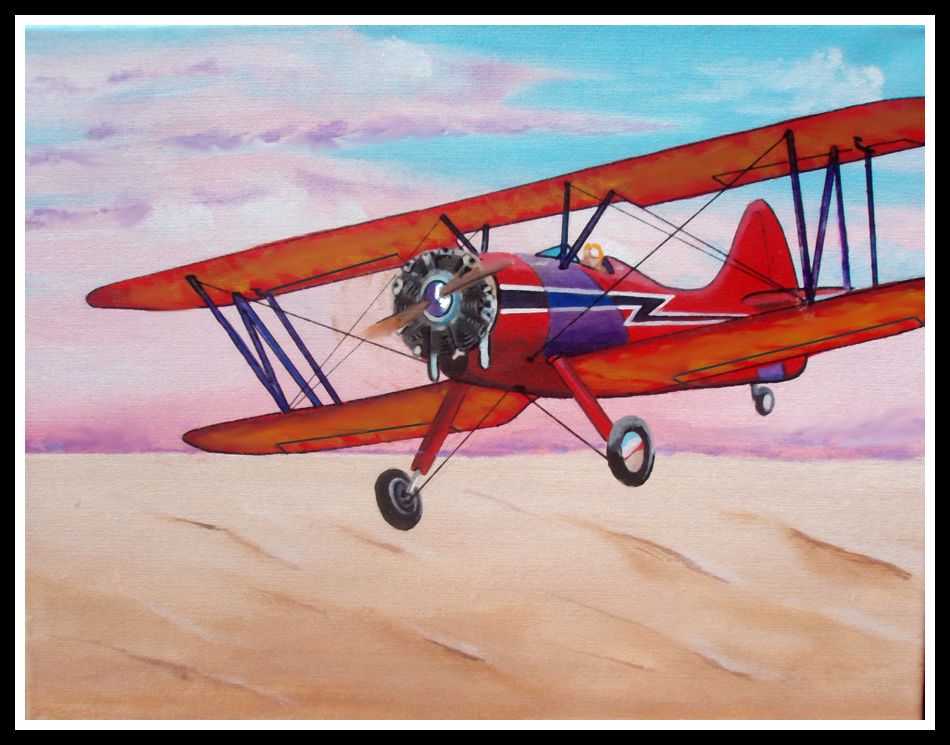 Red Biplane Circa 1935 over desert

The above painting is just for fun.  Colorful, happy, total opposite from the other one, eh?

This entry was posted in Art and tagged B25, Jack Lee Art, war. Bookmark the permalink.