This election may turn out to be even more unexpected than the last. Races are tightening all across the country making the threat of a big blue wave seem like nothing but a nightmare. Latinos in California and Arizona are not as locked in as Democrats have assumed. And in the black community? I won’t call it a wave…yet…but there is strong movement away from the Democrat Party. And now it has a name, BLEXIT.

We are Americans first and foremost and we will work to piece back together our broken communities — absent overreaching government structures, absent hand-outs, and alongside our American brothers and sisters.

The tides are shifting. New leaders are emerging to help steer open minds into the uncharted possibilities of our futures.

We need all of America to join us in this fight. No matter your skin color, we need you to take up metaphorical arms against the Democrat party. First, visit our website, BLEXIT.com, where you will find the hard truths about the bigoted racism within the Democrat party. Second, spread the word. Your voice matters to those who are looking to make an “exit” from the bondage of the Democrat party. Finally, stand for truth. This battle will be one of the most consequential culture wars in American history. Your support is needed to allow us to arm the next generation with the facts they need to be free.

Most of us are familiar with the young black woman, Candace Ownes, who’s been the catalyst for an astonishing shift in the way some black folks think. It all started a year or so ago when she posted a video announcing her new conservatism to her liberal parents. That video got her a new job:

Charlie Kirk is the founder of Turning Point USA, a non-profit focus on teaching young adolescents the truth about economics and government. Only three months after Owens posted her first commentary to social media, Kirk hired her as the non-profit’s director of urban engagement.

Speaking at the MAGA Illinois Rally and Expo on Nov. 21, Owens promised a crowd of enthusiastic fans and followers that she intended to use her position with TPUSA to spur a pro-Trump conservative revolution across the country, particularly for minorities just like herself.

“I’m saying this to you now, by the end of 2018 I’m going to be one of the most well-known people in this country because I am going to lead the black revolution for the Conservative movement,” she said

I feel the earth move under my feet, I feel the sky tumblin down… 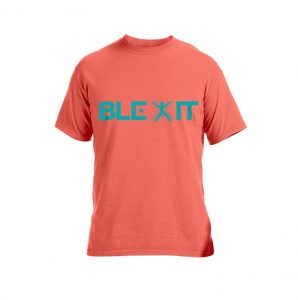 Kanye West saw her video and started following Candace. He designed a “Blexit” clothing line in an act of clear entrepreneurial capitalism. The line was showcased at the Young Black Leadership Summit held in in Washington, DC Friday and Saturday.

President Trump spoke to this enthusiastic group with a unifying message calling them brilliant, courageous, patriotic, and proud. Trump spoke to the qualities each bring to their work and offered encouragement in their own leadership hopes…including desires to one day be president…which was met with loud applause and cheers.

As expected, Democrat leaders are a bit miffed and out of sorts. Al Sharpten, “notorious race baiter,” had the gall to call the White House hosting of this group, “racist:”

“It’s one of the lowest things he could ever do,” Sharpton complained Friday evening on MSNBC. “To go in the East Room, which is sacred, have a staged rally. Notice that all of those youngsters had caps on. It was almost like we’re going to dress you for the photo. And to call it a young black leader summit ….” (video at the link)

(Did he or did he not just demonstrate his Democrat Plantation credentials?)

These bright young people will not be discouraged, They’ve already heard it all and by the way, Al, not all of the attendees were “youngsters.”

Hey Dems…“You guys are in so much trouble”

23 Responses to BLEXIT – “Chant of Freedom”