Trump Doubles Down on Anchor Babies 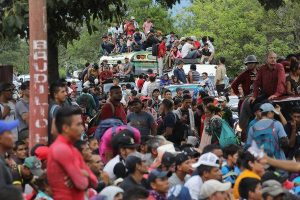 No presidents in recent history have dared to resolve the highly controversial issue anchor babies and illegal immigrants.   However, for President Trump this is a clear cut issue.  Other nations do not allow anchor babies and the 14th amendment has language that says we shouldn’t either.  He’s betting the majority of American’s will back him up and moreover the USC will too.

The Civil Rights Act of 1866 begins with language from which the 14th Amendment’s Citizenship Clause is derived: ‘All persons born in the United States, and not subject to any foreign power, excluding Indians not taxed, are hereby declared to be citizens of the United States.’ (Emphasis added.) The explicit exclusion of Indians from birthright citizenship was not repeated in the 14th Amendment because it was considered unnecessary. Although Indians were at least partially subject to U.S. jurisdiction, they owed allegiance to their tribes, not the United States. This reasoning — divided allegiance — applies equally to exclude the children of resident aliens, legal as well as illegal, from birthright citizenship. Indeed, today’s regulations issued by the departments of Homeland Security and Justice stipulate.” 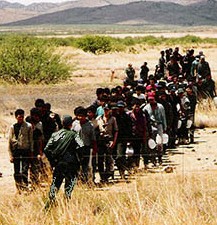 The Supreme Court later addressed the case of a Chinese man who was born here while his parents were here legally.  They returned to China with their newborn, but when the child came back to the USA as an adult his citizenship was challenged.  The USC said because his parents were authorized by the US government to be here and therefor subject to the jurisdiction thereof, he was a legitimate citizen.

Based on the above, it appears if the anchor baby rule were to be tested by the USC, Trump would likely prevail.

In 2011 a study by the Applied Research Center of New York concluded that over 5000 anchor children were abandoned by their parents who were deported.  Rather than to take their children back to their home country, they deliberately left them behind – to be cared for by the US taxpayers.  Correctly interpreting the 14th amendment would end this.

Such a loophole is contrary to the great importance of the US rule of law and to the sense of fairness Americans and other legal immigrants should feel surrounding US laws.

21 Responses to Trump Doubles Down on Anchor Babies