Democrats to Run a Great Moderate! 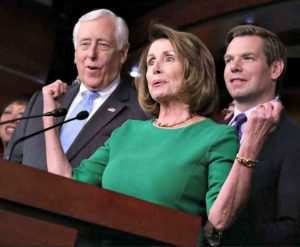 The democrats think they have found the right approach to un-seating Trump in the next election.  Their strategy, drum roll please… run a common sense, moderate!  Someone untainted by hijinks in his/her college years. Someone free of sexual scandal in his current years.  Someone who is well grounded, politically savvy, a person who can reach the hearts and minds of today’s middle-roaders, as well as those voters on the left.

Does the democratic party even have such a person?  Remember when they tried to pass off Elizabeth Ann Warren as a moderate. lol  Posers won’t cut it.  They need nothing less than the real deal.  But, for the last 30 some years the DNC has been busy ostracizing its moderates in favor of increasingly more radical types, in the belief this was their ticket to success.   So, now where’s their great moderate when they really need one?  I don’t know either, seems they ran them all off.

Thanks to the long running investigation that in the end may never contain a single word about collusion, the internal scandals as we see in VA, coupled with Pelosi’s reversal on border security, AOC’s GND agenda and so on…  well, Trumps re-election odds keep looking better and better.

10 Responses to Democrats to Run a Great Moderate!