Editor’s note:  If you like this article and found it helpful, please feel free to copy it and send to your friends.

29 May 2019 – Feeling the pinch at the pumps? We hear you and for the local folks (Chico, CA) the cheapest place to buy regular gasoline is COSTCO @ $3.67.  The most expensive retailers are Mobile, Chevron, Shell, Valero and 76.  If you buy gasoline at these places expect to pay between $3.99 and $4.09 for a gallon of regular!

Corruptifornia is once again the absolute worst in the nation, this time for high fuel cost which drives up the cost of everything else.  As of today, our average fuel cost in CA is $3.97 a gallon.  This is high cost a akin to a heavy tax on the poor and middle class.

Can you believe we pay about 10% more for our fuel than Hawaii?!!

Part of the reason for our high fuel cost is taxation.  We pay a whopping 30 cents per gallon in excise tax* and .05 cents in additional tax.  That’s way out of line with other states.  Ironically, we also pay an excise tax of 30 cents on tobacco and alcohol.  We call this a “sin tax.”  Apparently our liberal legislature must think that using gasoline is as [sinful] as drinking and smoking or is there a hidden agenda in play? 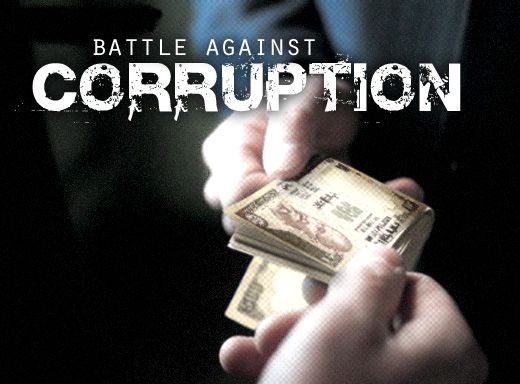 the oil and gas industry paid $182 million to California politicians, PACs and political causes between 2001 and June 30, 2018.

For the past year and a half, the Investigative Unit worked with Maplight, a nonpartisan group based in Berkeley that tracks campaign contributions to uncover just how much money and influence the oil and gas industry wields in Sacramento.”  There’s your hidden agenda Bunkie… California has the highest paid legislators in more ways than one.

*An excise tax is applied on a per-unit basis, generally per gallon for liquids, and unlike sales taxes are collected from the merchant who sells the alcohol rather than the end consumer. However, in almost all cases, excise taxes are passed on directly to the consumer in the form of raised alcohol or tobacco prices.

Here is how it breaks down for taxes and brother are we getting reamed: 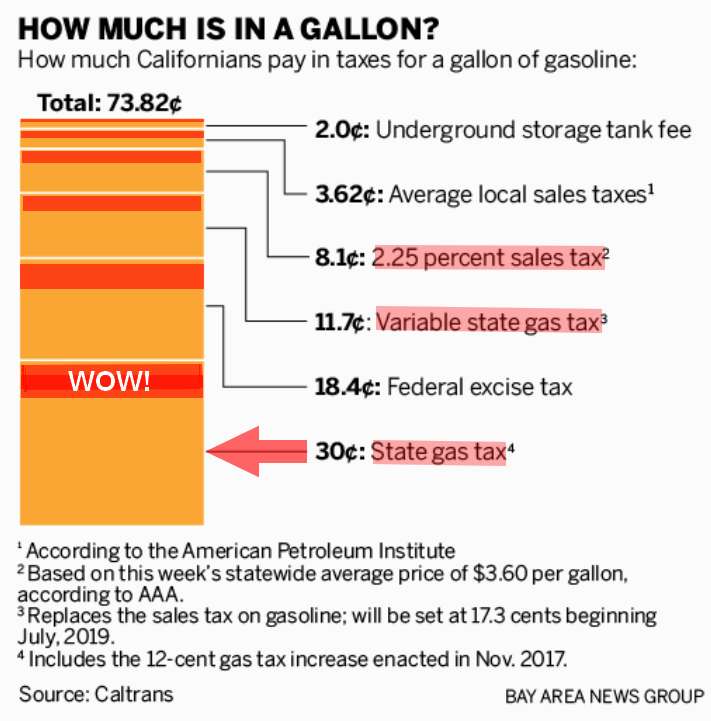 Here is a partial list using the current nationwide average, starting with the most expensive to the least expensive:

Contributing to CA high fuel cost is a special fuel formulation that is designed to reduce hydrocarbons.  However, according to a number of researchers this boutique fuel does not reduce emissions.  Oil companies don’t care and neither do their friends in our state 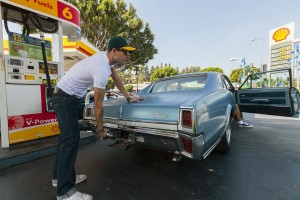 legislature that are paid off in the form of campaign contributions.   The special fuel formulation keeps out competition and allows the CA oil companies running 15 refineries to charge more!  This is the real reason for CA’s costly boutique fuel, the reduction in pollution does not come from reformulated fuel, it comes from catalytic converters and fuel injection systems that improves efficiency (gas mileage).

From Globalwarming.com  “Although combustion emissions from ethanol are lower than those of gasoline, production emissions from ethanol are higher. So much so that on a life-cycle basis, ethanol is the larger source of five different air pollutants: primary fine particulate matter (PM2.5), nitrogen oxides (NOx), amonia (NH3), volatile organic compounds (VOCs), and sulfur oxides (SOx).”

Oh by the way, CA has collected billions in taxes that were specifically to repair and expand our freeways, bridges and highways.  Anyone know where these things are taking place?   No, you haven’t anything out of the norm, same old stuff, a patch here and there?  Well, isn’t that odd…then again somebody has to pay for a bloated state government, lavish state retirements, the bullet train, healthcare, education, housings, food, tax refunds, jails, etc., for illegal aliens and all the costs associated with the arrival of homeless from all over the US.

If you follow the money you will learn a lot about corruption in California.

6 Responses to Pump Prices and California Corruption – A Special Report