The Law of Unintended Consequences

Thanks go to RHT…. 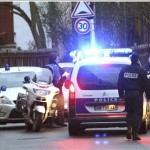 “The recent rash of mass shootings has left the nation stunned but, sadly, not speechless. The usual media and political suspects are saying the usual things, using the bodies of the innocent as a sickening ideological soapbox.

We’re not going to do that here. These gruesome murders are not about, nor caused by, politics. Rather, they are the unavoidable and perhaps unstoppable product of a deeply diseased culture. A culture which has become the perfect growth medium for psychopathy.

“Loners” are no longer alone when in their online worlds. They can communicate without actual human contact. They can find reinforcement for their darkest and most twisted thoughts and fantasies. They can give the worst demons of their psyches an artificial, external life in cyberspace – free to express hatred and anger anonymously and without consequence. And on the Internet, madness can hide in plain sight.

After all, who’s going to notice or care about garden variety insanity in a world which routinely describes everyone as murderous: baby killers on one side, Earth-destroying Nazis on the other. The stakes are absolute, the “other” is the enemy, and words are just words…until they become actions.

The social mechanisms which formerly prevented these massacres have crumbled. The bonds of family, friendship, and faith. A shared sense of community. Optimism about the future. Moral certainty and personal responsibility.

Instead, we now live in a crowded world of communal loners, all staring at their phones instead of the world and people around them. Politicians and media figures preach an unsubtle and dangerously divisive message of absolutes: you are either on this side or that, either all good or all evil. There is no middle ground – only calls for action. Calls that the wrong people are hearing. 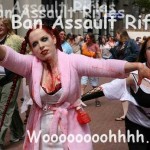 We live in a culture in which too many feel they have no meaning or importance, but believe that one spectacular act of madness can give them the instant celebrity which defines success in a sick society. And so they kill to feel alive. To experience an illusion of power at the expense of the powerless. And even knowing the likelihood that they will be killed during their heinous act, they believe they will live eternally in the electronic ether, washed in the blood of the sacrificed.

Gun control can not and will not change any of this. The phenomena of mass shootings is, in fact, unstoppable absent a wholesale change in our culture, our way of life, and our society’s unhealthy obsession with an inhuman and inhumane electronic world.

The good news is that the vast majority of people still retain values strong enough to keep them morally centered in our crumbling culture. The bad news is that unless those values can regain cultural dominance, and unless we can replace combativeness and angry confrontation with honest conversation, mass murder will continue to be our inescapable new normal.”

43 Responses to The Law of Unintended Consequences