What to Take When Traveling to Mexico

My first question is why are you going to Mexico, are you a drug dealer, sex-slave trafficker, an idiot, have a death wish or just a crazy person?  Knowing this will help me guide your packing.  And proper packing will make your trip more enjoyable!

In general terms, if your trip has nothing to do with the above or being

suicidal, then start planning months in advance.  You’ll need to smuggle in enough weapons and ammo for at least 1 running gunfight per day of travel.  Take enough weaponry to fill all the hiding spaces in your Winnebago.  I like AR-15’s, baseball type fragmentation grenades, LAWS and AT4 rockets for roadblocks.  A .50 Cal sniper rifle might come in handy too.

Access to healthcare – If you come under an ambush close to a local hospital consider that your lucky day!  Otherwise, you better enroll in a course in combat medicine course and take along plenty of medical supplies to care for the wounded in your family or group.  The life you save may be your own!

Before I forget, and this tip is really handy… get a high grade steel ramming bumper welded to your RV’s frame.  Something similar to a locomotive cattle guard should do it. Why? One hour into Mexico’s highway system and you’ll know why. 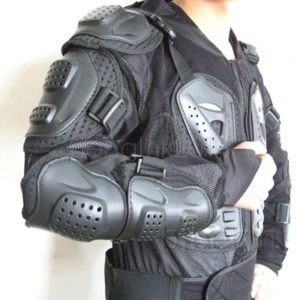 What to wear?  Kevlar soft body armor is quite trendy down there.  But, be sure to wear enough to cover yourself from head to toe.  Of course,  I would not suggest you go swimming at the beach in your protective Kevlar body suit, it doesn’t float very well.  But, then why would you want to swim in sewer water anyway?  And watch out for the needles on the beach.  Protective footwear is a must.  A pair of heavy duty logger boots are recommended for those romantic evening beach strolls when washed up dead bodies, needles and poisonous jelly fish are at their worst.

Speaking of water, if the banditos don’t get you, Montezuma might!  That is, unless you 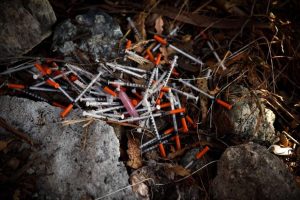 take along an emergency distillation system for Mexico’s tap water.  But, that’s not quite enough, you will also want to run it through a charcoal filter and ad several purification tablets to every gallon.  Tip:  You can prepare for drinking the water in Mexico before you leave.  Here’s how:  Use your toilet water before you flush and practice with your distillation kit.

And now the latest news from marvelous Mexico…

MEXICO CITY – A gunfight between security forces and armed civilians in Mexico’s southwestern state of Guerrero killed 15 people on Tuesday, authorities said, the second mass killing to shake the country in as many days.

Guerrero state public security spokesman Roberto Alvarez said 14 civilians and one soldier died in the shootout in the municipality of Tepochica, near Iguala, a city notorious for the 2014 disappearances of 43 student teachers.

A photograph of the aftermath seen by Reuters showed two slain civilians, one of them hanging limply off the side of a battered pick-up truck that had been riddled with bullets as security forces patrolled the area.

However, the latest carnage is likely to increase pressure on Lopez Obrador to get a grip on a problem he pledged to tackle when he took office last December.

Guerrero and Michoacan are two of Mexico’s most violent and lawless states, where rival drug gangs have battled to control smuggling routes to the Pacific and interior of the country.

The leftist Lopez Obrador told a news conference the ambush in Michoacan was “very regrettable” but reiterated that his commitment to greater spending on security and fighting the root causes of violence would eventually pay dividends.

“I’m optimistic we’ll secure peace … we’re completely dedicated to this issue, but (past governments) allowed it to grow,” said Lopez Obrador, who has criticized past efforts for taking a confrontational approach to battling crime.

Homicides in Mexico this year are on track to surpass last year’s record.

Photos of the Michoacan crime scene on social media showed bullet-riddled police vehicles set on fire, as well as bodies of dead officers on the ground.

But many of the National Guard have instead been deployed to police Mexico’s borders to placate U.S. President Donald Trump, who has threatened to impose tariffs if Lopez Obrador does not reduce the flow of U.S.-bound migrants from Central America.

The city of Iguala pitched Mexico’s chronic security problems into the glare of international media after the 43 trainee teachers were abducted by a drug gang in cahoots with corrupt local police on the night of Sept. 26, 2014.

The last government said the drug gang killed and incinerated the youths, although investigators only ever definitively identified the remains of one of them.

This entry was posted in Uncategorized and tagged Mexico, murders, tourism, tourists, violence. Bookmark the permalink.

4 Responses to What to Take When Traveling to Mexico