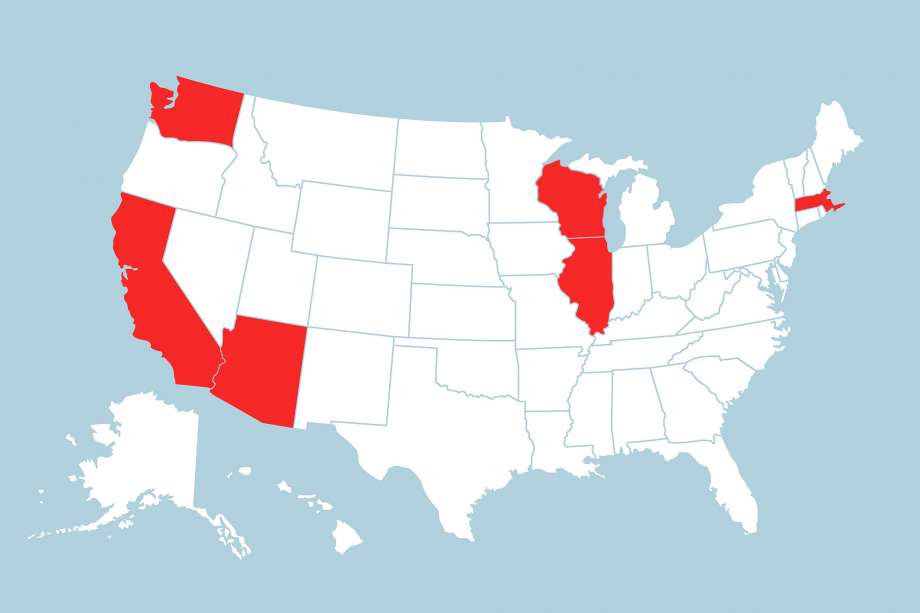 If you walk into a California urgent care or emergency care facility, you might think you just walked into the epicenter of the bubonic plague.  Medical staff are being hazmatted-up in white suits as a precautionary measure to stop the spread of Coronavirus.  All bay area 1st responders are being issue protective clothing and masks too.

The fear is the virus making its way to one of our larger homeless encampments in places like Los Angeles or San Francisco.  With a 14 day incubation period and the fact the virus can go airborn it could become unstoppable.

The map above show the at risk states already affected by Coronavirus.

WASHINGTON — With tens of thousands of homeless people living on the streets, Los Angeles officials have increasingly found themselves as the subject of criticism for what many Angelenos see as a failure to keep up with a problem that seems to be getting worse.

But across the country, L.A. isn’t considered to be a failure. To the contrary, at last week’s National Conference on Ending Homelessness in Washington, D.C., attendees repeatedly held up the city, the county and the state as models of political will for getting people into housing.

“I think there’s actually incredibly strong things happening across California,” said Matthew Doherty, executive director of the United States Interagency Council on Homelessness. “In Los Angeles, there are some of the best permanent supportive housing providers in the country, with some of the most innovative projects, engagement of the public health system directly in the work of homelessness, the city-county partnership… There’s a lot that’s going on there.”

The confab attracted more than 2,000 homeless advocates, outreach workers and many others working in a well air-conditioned hotel to stem the tide of homelessness. They attended sessions that included research on unsheltered people and how to build permanent supportive housing quickly. Some also went to Capitol Hill to meet with members of Congress.

This entry was posted in Environment, Health and Medicine, Politics and Government and tagged bums and junkies, California, coronavirus, homeless, spreading, virus. Bookmark the permalink.

2 Responses to Coronavirus – Homeless in CA