Project 1619 began it’s life as a series of magazine articles by the New York Times on the history and impact of slavery in America.  It was in 1619 when the first slaves arrived in the Virginia colony from Africa.  The articles were designed to be compelling evidence that America was founded in slavery and that the ripples of slavery has permeated and tainted every aspect of America.

It infects our capitalist system and its in every area of a privileged white society.  Project 1619’s  narrative poses that slavery is the root cause of today’s unrest and injustice against blacks in America, especially by police, says the articles. 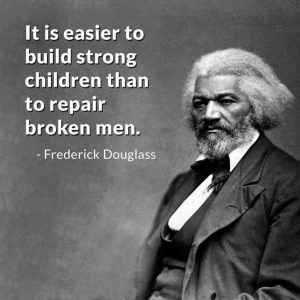 This is why blacks are saying there is systemic racism and oppression against them in ways that privileged white Americans need to know and understand, if there is to be justice and peace. (Fair enough)

1619 says in effect, that until we can all (meaning black and woke white America)  can come together and tear down the institutions of slavery that America was founded on, including the capitalist system, black America will continue to be de facto slaves, suffering the indignities of white oppression.  Until America is rebuilt under a new paradigm, blacks will continue to endure the social, psychological and economic conditions born from slavery. (the details about what should be torn down is scary)

If you believe the above, you would be mostly wrong.  You have only heard a seriously biased interpretation of our history and a sloppy interpretation at that.  This is a disservice to everyone!

History deserves to be remembered as it was and not what we would like it to be.   This attempt at revisionist history is now being taught in thousands of our schools as fact.  This makes the 1619 Project dangerous because so many of the conclusions are based on false information.  Unfortunately, it plays perfectly into the radicals narrative that is dividing and undermining our society.

Can you spare 15 minutes of your time now to hear the rest of the other story, the real story about Project 1619 and it’s goals?