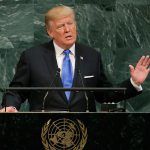 During the pre-debate show on Fox Tony Bobulinski made a statement about his business dealings with the Biden family and China. He presented evidence and stated he was meeting with Senate committee members the next day. It was reported and varified by others that none of the other major news networks aired Bobulinski’s live disclosure. Here it is for you to decide who is telling the truth.

I agree neither party won big or lost voters. Trump scored on the economy by reminding people that he ran for president because of the mess Biden/Obama made out of it. Biden kept saying he would fix it all when he was president. Trump reminded everyone he didn’t fix it during the eight years he was VP or the 47 years he was in the Senate. Also, hear the internet blew up when Biden said no one lost their insurance under ObamaCare and they wouldn’t with BidenCare either. Anyone else remember Jonathan Gruber and Obama’s Lie of the Year award?

Trump also scored on the Black vote with all he’s done for them. Many hearing about it for the first time, since the press is 95+% negative toward him. And his positive attitude about the future, “We need to live with the virus.” vs Biden’s, “We’re entering a dark winter.”….. dying dying. Trump offered hope for the future and a life of getting back to normal. Biden said our future is years of living in our basements hiding away from the virus. 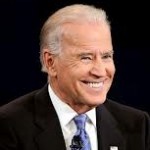 Fear is a means of control the dems use all the time. This morning the FDA announced it approved remdesivir for the treatment of Covid-19 patients. We are in a different place today than we were at the beginning of the year. People, like Trump, are getting sick today and recovering in a couple of days instead of dying after being kept alive for weeks on a ventilator.