Editors note:  Sleep well tonight knowing your tax dollars are going to be paying for an extended stay in a classy hotel room for a transient.  The average cost is in excess of $250 per night when the overhead cost of this program is tallied. 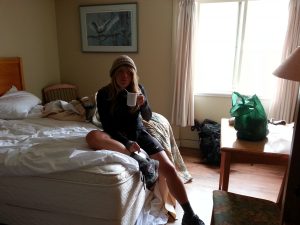 Consider the cost of processing the motel bill, the placement and supervision of the “clients”, then add in the damages done by crazy bums to the rooms, plus police and emergency personnel costs, legal fees for evictions, etc., and consider this is money the state is putting on a credit card because we’re spending more than the state is taking in.

Could your family afford to live in a $250 a night hotel room for a few months?  Mine can’t; this wasteful spending makes me ill.  Ca democrats are a worse health risk than Covid-19 ever could be.   END

“Gov. Gavin Newsom on Monday announced an additional $62 million in emergency funding to allow counties to keep homeless individuals sheltered who were slated to be evicted from temporary hotel rooms by the end of the year.

Project Roomkey is a program launched in April to temporarily house 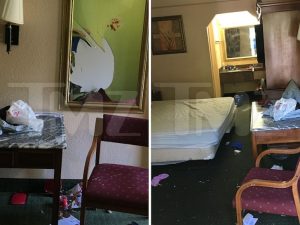 thousands of people in hotel rooms across California to prevent high-risk homeless individuals from contracting COVID-19 while living in encampments, mass shelters or on the streets. The program targeted seniors, pregnant women and others at risk for having severe COVID-19 symptoms.

More than 28,000 people, which is 17% of the state’s homeless population, have received a hotel room placement under the program.

The state previously said initial funding needed to be spent by the end of the year. As a result, nearly 12,000 people still housed in Roomkey hotel rooms — mostly clustered in California’s largest counties…”

(My guess is the real cost of Operation Roomkey will be in excess of $500 per room per person. )