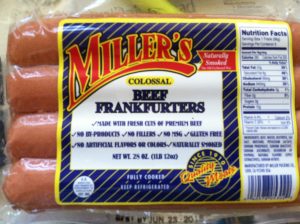 “So God has a lava lamp.   I’m cool with that.” Tom Bodett, pitchman for Motel 6

He made a career pitching hotel rooms.

In the mid 1980’s Tom Bodett lived in Homer, Alaska, the southernmost town in the state’s highway system.  An outpost 200 miles south of Anchorage at the end of the road, Bodett was a writer, building contractor, and commentator on local National Public Radio (NPR).   Bodett was discovered by a Dallas based advertising agency promoting a hotel chain in the midst of rebranding, Motel 6.  Agency representatives heard one of Bodett’s stories and hired him to promote the chain, exclaiming “he sounded like the kind of person that stay’s there.”  Bodett’s initial Motel 6 ads were test marketed in Texas and California.  Needless to say, the Motel 6 brand was built around a guy who promised to “leave the light on for you.”

I decided to try pitching of my own, specifically for Miller’s Colossal Beef Frankfurters.  I bought a pack to see if I liked ’em.  I did, and not because they’re named Miller.  It’s because Millers Hot Dogs are great.  The following  pitches appeared on my Etc. Guy Facebook page and generated many comments and jokes.  What the heck.   Bodett developed a career pitching a product that serves a basic human need.  He pitched for shelter.  I’ll pitch for food.

But until I’m hired by an advertising agency that sells red hots I’ll keep my day job. 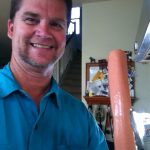 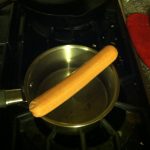 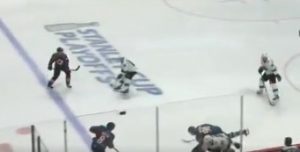 PPS  The Sharks beat the Avalanche 3-2.  There goes the Rocky Mountain snowpack….

Visit my Etc. Guy Facebook page when you have time.  The 500th person to “like” my site gets a free pack of guess what?  Why, Miller’s Colossal Beef Franfurters of course…

This entry was posted in The Humor Project and tagged advertising pitches, baseball pitches, hot dogs, motel 6. Bookmark the permalink.