60 Minutes Expose’ – Both Political Party’s are Guilty of Corruption

Posted by Jack Lee with comments 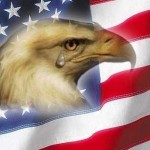 Here’s a story that’s enough to make you never want to vote again, but you really need to read it, even if it makes you angry. Members of Congress routinely use a form of political action committees to convert campaign cash into lavish lifestyle upgrades for themselves and their family members. Given their lengthy history for corruption this end run around the campaign finance laws should come as no surprise. But, it begs one question, why should we support either party after this?

“60 Minutes” exposed the racket in a Sunday night report, produced with Hoover Institution scholar Peter Schweizer. Though funds from “leadership PACs” are supposed to go to help elect fellow members of one’s own political party, lax campaign laws allow lawmakers to turn their accounts into private slush funds to fund just about anything. (Want to watch the video on this? Warning there are commercials Click here.)

This is a bipartisan scam, according to the “60 Minutes” piece. Consider the case of Sen. Saxby Chambliss (R-Ga.). His leadership PAC dropped $107,752 at the Breakers resort in Palm Beach, Fla. during the 2012 election cycle. That is over three times as much money as he gave the National Republican Senatorial Committee to get fellow Republicans elected. One year, Chambliss spent nearly one-third of his entire leadership PAC funds on golf, limos, and at least one private jet ride. His leadership PAC also picked up a $26,814 dinner tab at Ruth’s Chris Steakhouse and $10,344 at Pebble Beach.

Then there’s Rep. Rob Andrew (D-N.J.). He tapped his wife, a lawyer and an associate law dean at Rutgers School of Law-Camden, to be a PAC compliance officer for his leadership PAC. She approved the use of donor dollars to fly her, Rep. Andrews, and their two daughters to Edinburgh, Scotland for a wedding at a posh resort. Andrews’s leadership PAC paid $16,575 in airfare. His campaign committee picked up the rest of the tab, which was slightly under $14,000.

Schweizer says Andrews’s leadership PAC even paid for the wedding gift, which was china from Bloomingdale’s. Andrews and his wife even merged a campaign event with their daughter’s graduation party, allowing them to combine the costs of the two events, even though the PAC did not pick up the entire bill. “Look, they’re not having leadership PAC meetings at the Hampton Inn down the road. They’re going to the premier golfing and resorts in the United States and in– sometimes around the world. And that’s ostensibly where they’re doing this leadership PAC work.”

What you see more often is that members will keep the leadership PAC and they will use it in retirement for everything that is vaguely a political expense. If they become a lobbyist, which about half of members who leave Congress do nowadays, that becomes their lobbying slush fund. So it just keeps going, at least until death and in some cases even beyond death.

When Republican Congressman Paul Gillmor of Ohio died suddenly from a heart attack in 2007, his staff decided that no political contribution should go unspent.

Former Federal Elections Commissioner Potter reported, “What we know is that the staff went off to a number of dinners and pizza parties and other events using the leadership PAC money. What they said was, ‘Well, it’s a grieving process. And also, we need to talk to each other about getting new jobs, and this is a way to do it.’
Leadership PACs are a political slush fund. Over time, we’ve had them. They’ve been outlawed. They spring back in new guises, and this is the latest guise.

Melanie Sloan is the executive director of Citizens for Responsibility and Ethics in Washington, a small group that tracks campaign expenditures. As we said earlier it’s against the law to use campaign funds for personal use, but Sloan says it’s perfectly acceptable to use campaign funds to hire your wife, husband, children, grandchildren and in-laws.

CREW’s Most Corrupt Members of Congress

Melanie Sloan: While there are anti-nepotism rules that prevent them from hiring their family members on the official staff– they can indeed hire them on the campaign payroll. And do.

Steve Kroft: And they do?

Melanie Sloan: And they do.

Sloan says there are at least 75 members of Congress who have hired members of their family to work on their campaign and paid them with political contributions.

Until Republican Congressman Ron Paul of Texas retired last year he seemed to be the leader with six family members on the campaign payroll — daughter, daughter’s mother in-law, three grandchildren and a grandchild in-law. Paying them a total of $304,000 over the past two election cycles.

But Paul only ranked third in total payouts to family members — behind former Republican Congressman Jerry Lewis and Democratic Congresswoman Maxine Waters both of California.

Steve Kroft: For some congressmen and senators, this is sort of a family business.

We were interested in talking to Republican Congressman Rodney Alexander who had just retired midterm, after winning a campaign with no Democratic opposition last year. A race in which he paid his two daughters a total of $130,000.

There’s a reason why Congressmen go in with modest means and come out rich.   Read on…

Sloan says another way congressmen can personally benefit from the use of political contributions is by making personal loans to their campaign funds, then charging above market and sometimes exorbitant interest rates. Sloan’s organization found at least 15 cases, with the worst offender being Democratic Congresswoman Grace Napolitano who charged her campaign 18 percent.

Steve Kroft: How much money did she loan her campaign?

Melanie Sloan: She loaned herself $150,000 and over a 12-year period took in $228,000 in interest. She didn’t see anything wrong with this, and explained that as a Hispanic women she couldn’t get a bank load (BS) and so she had to loan herself the money “and bank’s charge interest.” she said. She doesn’t get it because she doesn’t want to get it.

Peter Schweizer: We hear a lot about how there’s so much partisan fighting in Washington, Steve. Here’s a great example of bipartisanship. Both sides like this current system.

Here’s the bottom line: All you need to see is Rep Vitter’s effort to change this can’t get even one co-sponsor. Did you hear me? Let me say that again loud and clear…he could not get one co-sponsor!

Sadly, just when you think you’ve found an honest man you discover that he’s not without sin either, in 2009 Vitter was caught up in the D.C. Madame’s scandal. He later apologized for his bad judgment and alleged criminal misconduct and said he made peace with his wife…he was forgiven by the voters and he was reelected. However, his sexual misconduct should be no less forgivable than former Rep. Anthony Weiner’s, just because he’s a conservative. The people have every right to expect elected representatives to set a high standard for ethics and keep their private life unsullied, if they can’t – they shouldn’t hold office.

I’ve long held that we need campaign finance reform to our representatives away from temptation and in CA I helped get Prop 208 (major campaign finance reform) on the ballot. It passed by huge numbers and this could only be seen as a mandate by the people for change. So how did the two big political parties react? They sued this new law to death. Then they returned to business as usual. No reform bills, a totally indifferent attitude toward the will of the people.

Our government has ceased being for the people. A group with the ethics of the mob is running Congress and we can’t expect mobsters to reform themselves.