Sending US Soldiers to African Nations 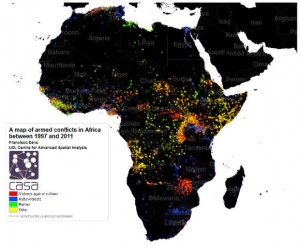 This map (click on it to enlarge) details recent armed conflicts, ranging from rioting to civil war.    Pretty disgusting isn’t it?

What is it with Africa anyway, why is there so much violence?  It  seems wherever there is a concentration of people,  there is bloodshed in one form or another.  Be it civil conflict or just plain ol murder and pillaging by the locals.

If it isn’t self-imposed violence that’s killing them, then its starvation that follows extreme poverty, war and anarchy.   South Africa seems the only country not currently involved this year in some sort of self-implosion, but they are by no means free from widespread violence.   Along with the killing, seems like violent rape is South Africa major crime problem.  Ethnic and tribal clashes from ages gone by will never be settled until there is only one side left standing.   Some goal, eh?

Now the Obama Administration wants US troops to get involved in all this bloody mess, and in fact he’s already done it and we’ve already had soldiers shot up.   We’re involved militarily in a half dozen African countries and recently we’ve deployed 1500 US Marines to South Sudan, Africia’s newest country, also the newest civil war.  Before that it was Chad, Somalia, Libya and who can remember where, there’s been so many.  But, the outcome was never worth the effort.  Not once.  Shouldn’t that be a clue to the President?

Dropping humanitarian aid in a fly over  is one thing, but sending in our soldiers to fight in another pointless ethnic or religious war, no thanks.   This entire continent has been racked with war and violence for thousands years, so why would anyone with half a brain think our presence isn’t going to change that? 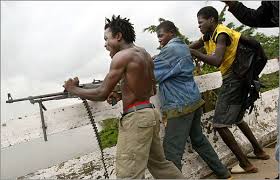 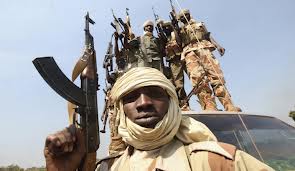 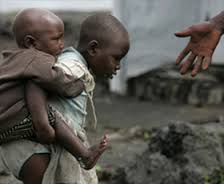 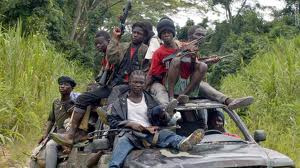 1 Response to Sending US Soldiers to African Nations