Is Christianity Equally Violent as Islam? The Answer May Shock You!

One of our commenters, Dewey, prompted the title question with this question, “Why is all the focus on Muslims?  There are good and bad Christians. There are are good and bad in every religion.”  Thus stating there is a moral equivalency…and that part calls for further examination.

Why the focus?  Well,  Dewey that’s a very good question and its often asked.   I have a pretty darn good answer for you,  however it may not be to your satisfaction if you support the side that is determined to be the most violent aggressor, from day one until today.   Then it will only generate more excuses, scorn, deflection and denial.   However, for those of us who have a rational,  open mind, you will probably love the authors conclusion.  I did.

I omitted the answer to our question in the title just to delay the suspense a bit longer. . . until you’ve prepared yourself!   Ready? Here goes:

The Charlie Hebdo massacre once again has politicians and the media dancing around the question of whether there might be something a little bit special about this one particular religion, Islam, that causes its adherents to go around killing people.

It is not considered acceptable in polite company to entertain this possibility. Instead, it is necessary to insist, as a New York Times article does, that “Islam is no more inherently violent than other religions.” This, mind you, was in an article on how Muslims in the Middle East are agonizing over the violent legacy of their religion.

It is obviously true that all major religions have had violent periods, or periods in which the religion has coexisted with violence. Even those mellow pacifist Buddhists. These days, especially the Buddhists, who are currently fomenting a pogrom against a Muslim minority in Burma.

But in today’s context, it’s absurd to equate Islam and Christianity. Pointing to the Spanish Inquisition tends to undermine the point rather than confirm it: if you have to look back three hundred years to find atrocities, it’s because there are so few of them today. The mass crimes committed under the name of Islam, by contrast, are fresh and openly boasted about. 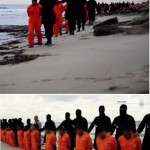 As an atheist, I have no god in this fight, so to speak. I don’t think the differences between religions make one more valid than another. But as the Charlie Hedbo attack reminds us, there is a big practical difference between them. In fact, the best argument against the equivalence of Christianity and Islam is that no one acts even remotely as if this were true. We feel free to criticize and offend Christians without a second thought—thanks, guys, for being so cool about that—but antagonizing Muslims takes courage. More courage than a lot of secular types in the West can usually muster.

So it’s a matter of some practical urgency to figure out: what is the difference? What are its root causes?

As I see it, the main danger posed by any religion to its dissenters and unbelievers lies in the rejection of reason, which cuts off the possibility of discussion and debate, leaving coercion as an acceptable substitute. I’m with Voltaire on that one: “If we believe absurdities, we will commit atrocities.” But all religions are different and have different doctrines which are shaped over their history—and as we shall see, that includes different views on precisely such core issues as the role of reason and persuasion.

I should preface this by saying that I am no expert on theology, particularly Muslim theology. Yet there are a number of big, widely documented differences between Christianity and Islam that can be seen in the traditions established by their history and in the actual content of their religious doctrines.

Mohammed was a conqueror who gained worldly political power in his lifetime and used it to persecute opponents and impose his religion. He also fully enjoyed the 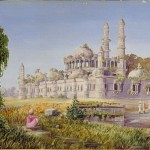 worldly perks of being a tyrant, including multiple wives. Jesus, by contrast, was basically a pacifist whose whole purpose on earth was to allow himself to be tortured to death.

He even explicitly forbade his followers to use force to defend him. Here’s John, Chapter 18: “Then Simon Peter having a sword drew it, and smote the high priest’s servant, and cut off his right ear…. Then said Jesus unto Peter, Put up thy sword into the sheath: the cup which my Father hath given me, shall I not drink it?”

This does not imply that all Christians ought to be pacifists. But it certainly sets a tone for the religion. The life of the founder of a religion is held up to his followers as a model for how they should live their own lives. The life of Mohammed tells the Muslim that he should expect to rule, whereas the life of Christ tells the Christian he should expect to sacrifice and serve. Which leads us to a deeper doctrinal difference.

“What you do to the least of these, you do to me.”

In Matthew, Chapter 25, Christ tells his followers what will happen during the final judgment, when he separates the righteous from the wicked.

Then shall the King say unto them on his right hand, Come, ye blessed of my Father, inherit the kingdom prepared for you from the foundation of the world: For I was an hungred, and ye gave me meat: I was thirsty, and ye gave me drink: I was a stranger, and ye took me in: Naked, and ye clothed me: I was sick, and ye visited me: I was in prison, and ye came unto me. 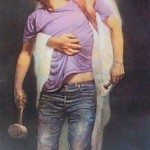 Similarly, there is an episode during the Last Supper when the apostles are squabbling about which of them is greatest. Christ intervenes and tells them that the greatest is he who serves others the most.

And he said unto them, The kings of the Gentiles exercise lordship over them; and they that exercise authority upon them are called benefactors. But ye shall not be so: but he that is greatest among you, let him be as the younger; and he that is chief, as he that doth serve.

This is a very profound idea that goes against the grain of most of human history. I’m a big fan of the Classical world, but the pagans still regarded it as normal, right, and natural that the physically strong set the terms for everyone else. Thucydides famously summed it up in the Melian Dialogue: “The strong do as they can and the weak suffer what they must.” Thucydides was clearly critical of that view, but the Classical world didn’t have a clear alternative. As far as I know, Christ was the first to insist that even the lowest, least significant person has value and that we will be judged by how we treat him. 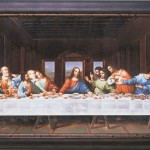 The distinctive idea here is not a belief in self-sacrifice—Islam, with its emphasis on the glory of dying in battle, has that idea in abundance. Nor is it the idea of a duty to serve others—Communist regimes were built on the idea that the individual exists only to serve the collective. Instead, it is the idea that each individual has a supreme and sacred value. Even Ayn Rand declared this to be the idea from Christianity that most impressed her.

Islam has no corresponding idea. The news is constantly bringing us a story of some imam somewhere declaring it consistent with Islam for a man to beat his wife, and the rise of the Islamic State in Syria has provided us current examples of Islam sanctioning slavery, including the capture and systematic rape of sex slaves. This is a religion that is still very much in the “rights of the conqueror” mode, in which the strong do what they can and the weak suffer what they must.

Again, this goes back to the beginning. Consider the story, from one of the earliest Arab biographies of Mohammed, of Asma bint Marwan, an Arab poet in Medinah wh 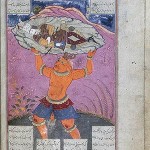 o spoke out against the rise of Mohammed. According to legend, he asked his followers, “Who will rid me of the daughter of Marwan?” (His version of Henry II’s “Will no one rid me of this meddlesome priest?”) One of them took it on himself to sneak into her house and murder her in her sleep. There are questions about the authenticity of the story, but the fact that it was widely believed and reported indicates the example Mohammed set.

To be sure, this brutal attitude is partly because of the backwardness of some of the quasi-feudal societies that are majority-Muslim, where divisions of tribe and caste still dominate. But then again, Islam hasn’t done much to elevate those societies, despite having more than a thousand years to do so.

The early history of Christianity vs. Islam

Christians started as a persecuted minority in a pagan society, so that gives them a certain comfort with being powerless. Those who find themselves out of step with the sinful modern world regard this as more or less the normal state of things.

The early history of Islam, by contrast, was further conquest and dominance, as Muslim invaders marched out into Persia and across North Africa. That’s why Muslims tend to look at the modern situation, in which other creeds and political systems are wealthier and wield greater military power, as an aberration that is not to be tolerated.

This history is connected to a specific doctrinal issue.

When you’re a persecuted minority, it’s more natural to say that the ultimate reward and total justice have to be found in another world, because you know you’re not going to get them in the decadent Roman Empire. In Christianity, this produced a distinction between the kingdom of God and the kingdom of man. When Pilate asks him if he is a king, Jesus responds, “My kingdom is not of this world: if my kingdom were of this world, then would my servants fight, that I should not be delivered to the Jews: but now is my kingdom not from hence.”

This idea is extensively developed in Christian theology and is widely accepted among religious conservatives today as the main explanation for the failure of Communism and other utopian schemes: they were arrogant, misguided attempts to achieve heaven on earth. Or if you are inclined to the use of unnecessarily long and obscure words, this is referred to as trying to “immanentize the eschaton.”

This entry was posted in Religion and tagged armaghedon, christianity v islam, crusades, terrorism, war, which is more violent?. Bookmark the permalink.

75 Responses to Is Christianity Equally Violent as Islam? The Answer May Shock You!