How Half of America Lost Their F’g Minds!

Dear PS readers, I am about to post a link to a blunt and poignant explanation of what caused Donald Trump’s rise to power.  It should be mandatory reading for every rabid, hateful liberal in America.

If you are offended by crude language, I must warn you, although this is brilliantly done, it contains many expletives in order to drive the point home in a style more familiar to the bomb tossing liberals.  It hits hard and right on target and exposes the left as never before.

And now, without further ado, the link a political masterpiece!

Here’s a snippet, if you need a little push….

“Nothing that happens outside the city matters!” they say at their cocktail parties, blissfully unaware of where their food is grown. Hey, remember when Hurricane Katrina hit New Orleans? Kind of weird that a big hurricane hundreds of miles across managed to snipe one specific city and avoid everything else. To watch the news (or the multiple movies and TV shows about it), you’d barely hear about how the storm utterly steamrolled rural Mississippi, killing 238 people and doing an astounding $125 billion in damage. 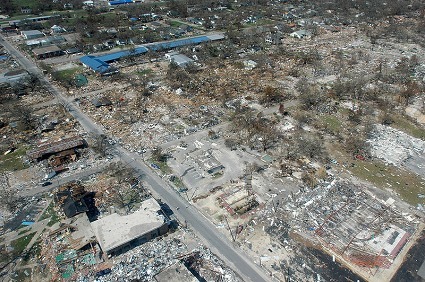 Mark Wolfe / FEMA
No sports team = no f’s given.

But who cares about those people, right? What’s newsworthy about a bunch of toothless hillbillies crying over a flattened trailer? New Orleans is culturally important. It matters.

To those ignored, suffering people, Donald Trump is a brick chucked through the window of the elites. “Are you a–holes listening now?”

This entry was posted in Politics and tagged how half of f'g america lost it's mind, liberals, saving america, Trump. Bookmark the permalink.

40 Responses to How Half of America Lost Their F’g Minds!