Is California Simply the Worst?

Three months ago the country watched as the poorly maintained Oroville dam threatened to collapse, forcing the evacuation of many terrified California citizens. After a period of drought, the rains came causing a surge of water that the aging dam could not hold back.

The poor condition of the dam only highlighted the major problems the state of California has been facing with its infrastructure. One of the largest states in the country, with arguably the highest taxes, cost of living, and wealth, doesn’t seem to be able to maintain the most basic needs of its society.

But why? Shouldn’t a largely liberal state like California have enough cash and cache with their people to fund large projects like rebuilding and maintaining its infrastructure? Apparently not. Because, although the job of leaders is to keep their society humming, the extreme leftism of California’s social justice lawmakers have caused them to entirely ignore these basic needs.

Which begs the question: is California simply the worst? 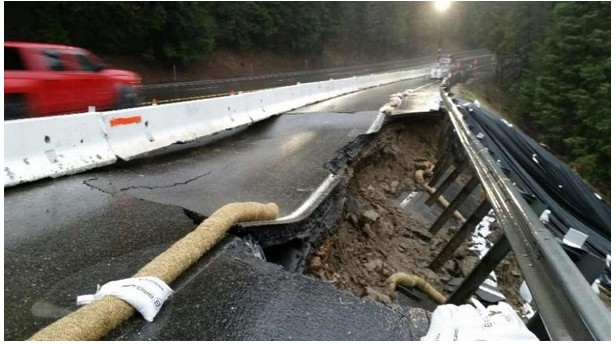 For over a decade, despite many warnings, the social justice warriors have not only refused to build new water infrastructure to feed a population growing with the immigrants and now refugees they want to protect, they have also refused to spend money to protect the infrastructure they have. (Forbes)

According to reports, California has over $77 billion in deferred road, highway, and bridge maintenance. The state suffers from numerous sinkholes, highway collapses, and other damage caused by the sudden influx of rain.

It seems with or without rain the state is unprepared for what Mother Nature might through at them. No rain? Awesome, the state doesn’t have any kind of infrastructure to provide needed water for its millions of citizens and their agricultural industries (those Napa Valley grapes don’t water themselves).

Even a basic desalinization project, taking water from that big thing nearby called the Pacific Ocean, would have helped. But no, California lawmakers were happy to have people and companies suffer.

But when the rains came in force? I have good news for you! The state’s infrastructure is so poorly maintained, that the rains destroyed roads, bridges, and a 50-year-old dam that has been ignored!

That alone should make conscientious citizens consider a move. But there are even more problems in the works.  See more.

16 Responses to Is California Simply the Worst?