Statistics on Causes of Deaths in USA – From Business Insider

The lifetime odds for a death by a gun are 3 times higher for blacks than all others.  Does that mean we should have tougher gun control laws for blacks because it would save lives? No of course not.  But, logic tells us black communities are where we should begin when it comes to law enforcement and pro-active policing.  That would make a far bigger impact on gun deaths than all the protest marches for safe schools.

Washington D.C. has the toughest gun control laws in America – it also has the highest per capita gun-murder rate in America.  Laws alone will not fix this. Tough laws, tough courts, tough law enforcement, and tough no non-sense prisons is what will solve the problem! We’re lucky if we have one out of four. 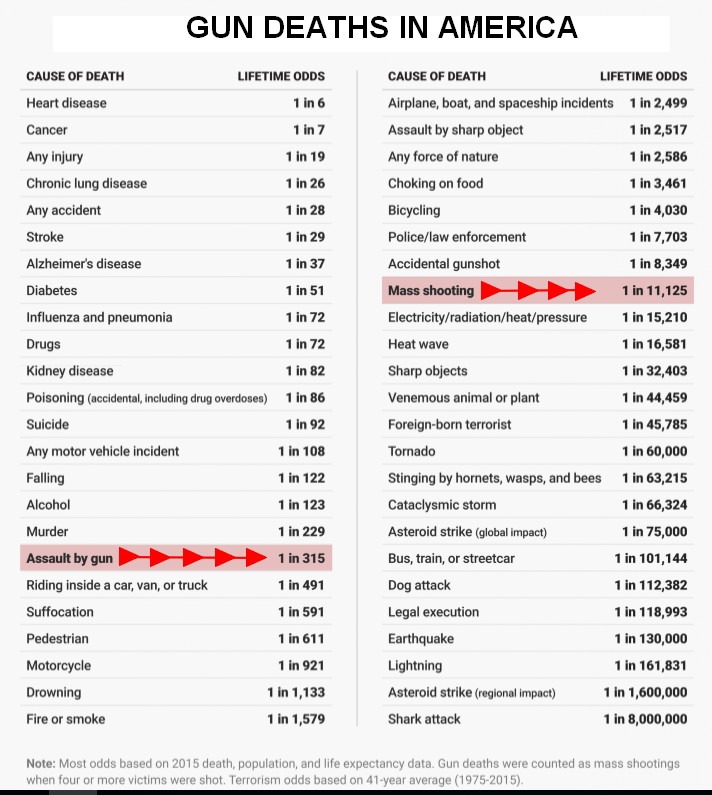