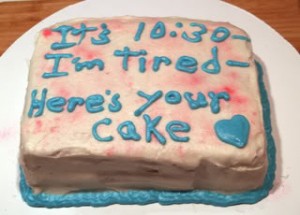 I reached a milestone today.  I became cordless 50 years ago when dad snipped my umbilical cord.

I am a product of the 60’s, a planned child but unscheduled.   If you can’t remember where you were, or weren’t, here’s a glimpse at Americana in 1963…

I downloaded this information from the new iPhone Hun bought me.  It came with programmed reminders, which reminds me my first call is to schedule a colonoscopy…

That story is just around the bend.

Read more at www.etcguy.com or send me a note at eric@etcguy.com.