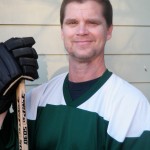 “I thought this may interest you,” the email said.  In the subject heading was a name, Wayne Marshall, my high school hockey coach.  I expected the worst, to see an obituary.

I was relieved when I read it, then thrilled.  Coach Marshall was an inductee into the 2012 Colorado High School Coaches Association Hall of Fame.  The son-of-a-gun won top dog.

I tracked down Coach’s telephone number.  He still lived in Colorado Springs, my hometown.  I reached his wife, “Mrs. Marshall, you may not remember me but I played under Coach back in the early 1980s.  I hear he won an award.”

“Of course I remember you, Eric.  He’s out now but would love to speak with you,” she said.  In 1980 Coach was about 37, twelve years younger than I am now.  Back then I thought he was ancient.  All adults seemed ancient when I was 17. 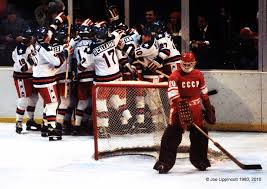 I played under Coach my junior and senior years.  I spent my sophomore year as an exchange student in Sweden where I played junior hockey.  Inspired by Team USA’s gold medal performance at the 1980 Winter Olympics, I was a hockey fanatic.   Coached figured that the Swedes enhanced my game, and he expected a lot, but he quickly became frustrated with me.  He always chewed me out.    “Miller, you’re hunched over, like an old man.  Is your stick too short?  Keep your head up!”  I skated well but my tunnel vision drove him nuts.

A tough fellow, even Coach had a few challenges.  “Miller, come here!” he commanded at one practice.  “Where’s your head at?”  A cough drop flew from his mouth when he yelled.  You see, Coach played goalie in college and lost his two front teeth courtesy of an errant hockey puck.  He wore dentures to school but removed them for practice.  The cough drop shot through his toothless gap and landed between my skates.  I grinned as the lozenge froze to the ice.  “You think that’s funny?  I’ll show you funny.  Skate some laps!” he growled.

One day he called me into his office.  “Miller, let’s talk,” he said.  “Your passing has improved.”  Wow, he finally noticed.  “Thanks, Coach,” I gleamed.  “Yeah, it’s gone from terrible to bad.  Now pull your head out of your #$%& and pay attention!  You’re passing to the wrong team.  And for God’s sake get a shot on goal.  Even a blind squirrel finds a nut once in a while.” 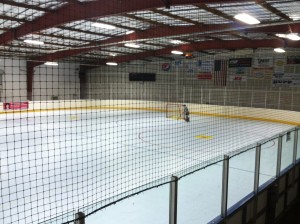 Someone with a sensitive ego would have sulked, but I actually felt complimented.  Consider the entire spectrum on the improvement scale.  I went from terrible to bad and was on the way to becoming poor, climbing the ladder to fair, good, excellent, then ultimately, awesome.

We eventually connected via phone.  He voice was softer than I recalled.  “Eric, you played early in my career and I remember those days like yesterday.  Except for when I coached my son, those were among my favorite years.”   We talked about former players then changed the subject to family.  I gave him the 30 year data dump.  I told him life was good but complained that Chico (California) lacked ice hockey.  “I’m playing in a local in-line hockey league though, Coach.   I’m one of the older guys.  And my passing has improved… to fair.”  He laughed.

Coach became serious for a moment as he explained a near death experience.  He underwent emergency open heart surgery one recent Christmas Eve.  We nearly lost him.  He’s almost 70 now and feeling great.  “Time has flown by, Eric,” he reflected.  “I’m really glad you called.” 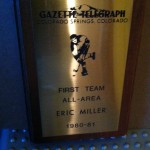 My ice hockey career ended in college.  Though I made the All-Area High School Team my passing was admittedly, bad.  I didn’t make the college team at try-outs and hung up my ice skates.

Hockey coaches aren’t known for their cuddliness.  Though Coach was tough on me, I wanted him to know that I appreciated him.  His corrections were never personal.  He sought to help me become better.

Very rarely do we express our appreciation to others, whether it’s a family member, friend, teacher, or boss.  But if you get the chance, tell them now while they’re still living.  They won’t hear you after they’re gone.

Join  my Facebook page, or check out my book “Let Me Tell You a Story” by visiting www.etcguy.com.  Available in either hard copy or as an e-book.

8 Responses to Even Hockey Coaches Have Hearts