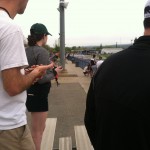 We stood on the bleachers, eight of us squinting.  I was one of the eight, a volunteer  ”timer” for Maggie’s track meet.  I was more stressed out than the athletes. The officials assigned us stopwatches.  I got timer #7 thinking that I’d time Lane #7. Nope. I was to track runners and time the runner who finished in 7th place.  All by eyeball and a quick twitching thumb muscle. Several volunteers fretted.  One parent asked if I wanted to trade for timer #3 , #4, or #5.

“No thanks, I’m a rookie,” I said.  ”Plus, the LASIK eye-surgery I had seven years ago wore out.  I have mono-vision.  I’m both near and far-sighted, but mostly near.”

It was easy work for distances 300 meters or longer. But for the 100 or 200 meter sprints….what a traffic jam keeping track of who was 4th, 5th, 6th or 7th. Eye tests should be required for parent volunteer timers. 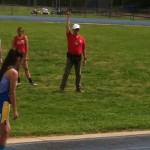 The guy with the starting gun had it best. Point up and shoot, that’s all he had to do. 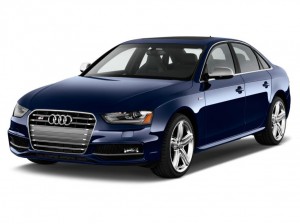 I seldom got A’s in math.  It’s getting harder to outsmart that kid.

The head official grabbed my stopwatch, shrugged, and switched timers. I got demoted to timer #8 (last place).

NOTE to readers:  Hey folks, I’ve been writing a new book and getting more magazine work.  Pretty cool.  Visit my main Etc.Guy  site, or join the Etc.Guy Facebook page and LIKE it for weekly updates.  Copies of my book “Let Me Tell You a Story” are available at Lyon Books in downtown Chico and also at the Etc. Guy Store.

13 Responses to Track Meet Timer Duty was a Challenging Time